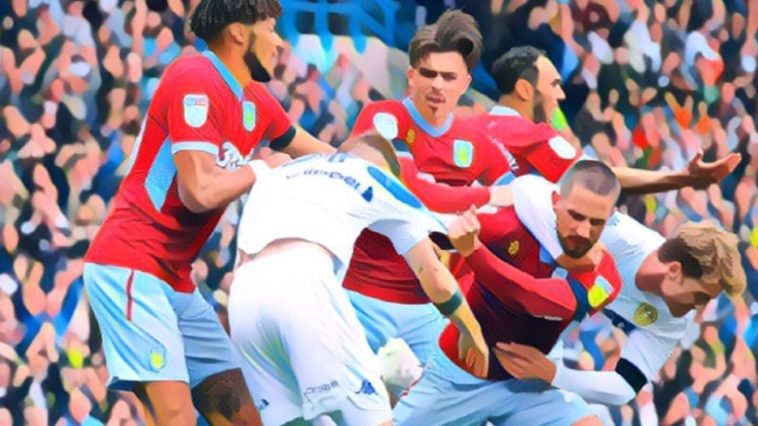 The events of Leeds United and Aston Villa’s Championship clash exposed English football’s strange preoccupation with moral fibre and the unwritten etiquette of the game, and its contradictory application of it too.

In the 1998-99 season, Arsenal defeated Sheffield United in the fifth round of the FA Cup. Arsene Wenger decided the game should be replayed however, after Nwankwo Kanu scored from a throw-in that was meant to go back to the visitors. The Nigerian, unused to the customs of the English game, did not understand or even know of this particular etiquette.

Wenger’s generosity was in the interest of fair play, and left no doubt as to the validity of the Gunners’ passage into the next round, as they won the replayed fixture 2-1. The Frenchman was applauded for his magnanimity, but would he have done the same were it a Premier League game against one of the top sides?

We can never know, but in a season when Arsenal lost the title by a single point to Manchester United, you can be sure that Wenger’s sense of fairness would not have been praised in such a scenario, but roundly mocked. He may well have been labelled the man who threw away the league had it been the difference between winning and losing.

Then again, Marcelo Bielsa found himself in a similar situation this past Sunday and his response has been widely praised, despite the fact it may have cost his Leeds United side the opportunity to gain automatic promotion.

We have all seen the incident by now. Aston Villa player goes down injured, Leeds play on and, despite looking like they might kick the ball out, go up the field and score.

As seen in the above footage, Villa players were incensed, almost frothing at the mouth with indignity and venom over what had just happened. Co-commentator Don Goodman called it “disgusting” and “morally wrong”.

Yet, when one looked at the reaction online, almost everybody (I asked them all, you can check) bar Aston Villa fans disagreed with those sentiments. The moral outrage was limited to those within the English football community, namely former players, and those who had a stake in the outcome of the game.

It highlighted English football’s inconsistent application of morality, the etiquette to which players and managers are expected to adhere to during matches. This was exemplified by Goodman’s description of events as they were happening in real time. Immediately after Mateusz Klich scored, midfielder Conor Hourihane grabbed him by the collar, foaming with anger and looking as if he was ready to serve him for dinner.

A shemozzle breaks out, but the commentators barely reference it, instead choosing to focus on the “disgusting” goal that united have just scored. Why is scoring a goal through some form of mild trickery deemed more heinous than players assaulting each other?

There are no laws governing this sort of situation. If a player goes down injured, the opposition, if in possession, are under no obligation to put the ball out for their benefit, unless the referee deems the injured player is at serious risk. While doing so is considered a goodwill gesture, this writer does not care for it. Players should play on until an official says otherwise.

Is that against the spirit of the game? Arguably yes, but then so are many, many other things that happen between those white lines. There has been a discernible change in attitude to diving among the punditocracy, for instance. Once considered the scourge of the game, it is generally accepted as necessary in order to win fouls. Cynical fouling happens innumerable times across a season. One might even see a player — gasp! — feigning injury.

Patrick Bamford was rightly criticised for his laughable dive that got an opponent sent off during the fracas, but the so-called dark arts are an accepted part of the game now. That does not make any of it right, but why is this incident deemed so wrong? It barely even constitutes “cheating”, as some described it.

On the one hand the anger on the side of Villa is understandable. Conceding a goal in such circumstances, they feel duped and wronged. But the Villa players must also take responsibility for the situation. One of the first and most repeated lessons of schoolboy football is: Always. Play. To. The. Whistle. Never stop until you hear it blown. That is what they did for a split second and it cost them, or at least it should have. Villa assumed the ball would be put out, and you know what happens when you assume.

Bielsa allowed Villa to score unimpeded not because what his team did was strictly wrong, but because, as Jonathan Wilson wrote in response to the game, the Argentine is a man with a “profound moral core”. He would rather there was no doubt as to the validity of the result than win with a cloud over his head. Three points would have kept them in contention for second place in the Championship table, but he had perspective in that moment, unlike John Terry, who was comically lecturing the manager about fairness.

The notion, therefore, that scoring a goal can somehow be ‘immoral’ is absurd. It might have been unfair or uncool, but immoral? Are the Leeds squad going to hell for this? Should they be stripped naked and forced to walk through public to cries of “shame!”?

No one was hurt or insulted (egos aside) in the process of the goal, and sometimes, in our passion for the game, we forget that it is just that; a game.

See Also: Which players would make it into a Non-Top Six Team of the Year?