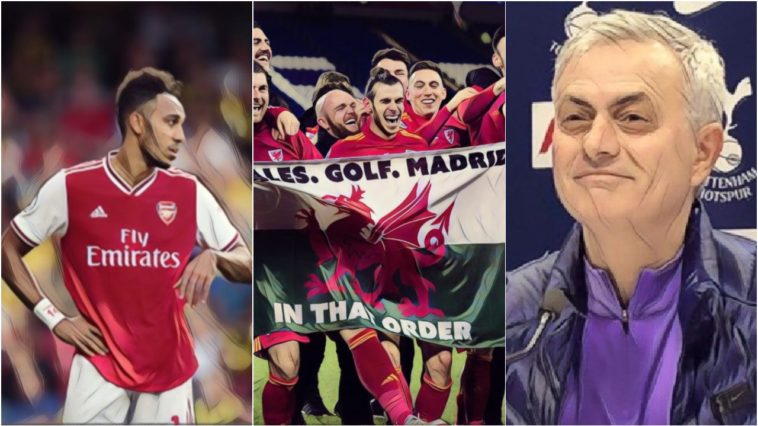 The best and funniest tweets of the week from the world of football, featuring the long-awaited return of Jose Mourinho as Spurs manager, Arsenal’s never-ending misery, Gareth Bale not giving a flying fiddler, and the oddest football mug we’ve ever seen.

It’s a bit dusty in here.

There’s just something not right about these images.

I surely can’t be the only person who feels like these photos simply look wrong. https://t.co/RxIKTf8qNh

Read: How will Spurs play under Jose Mourinho?

West Ham created a hype video slating Jose Mourinho, proceeded to delete said video, then got whupped by Spurs. Talk about a self-own.

Get away from that damn wheel!

We warned you lads, it’s a curse. https://t.co/WzODdviIBF

Seriously, before the entire vehicle swerves off a cliff.

Tottenham have now won four in a row at The London Stadium.

It’s great being an Arsenal fan these days.

Arsenal fans now that the international break is over: https://t.co/EA0vRX82Fk

Read: Arsenal are destined to repeat the same cycle year after year

Especially when you’re satisfied with salvaging a last minute draw against the second bottom team in the Premier League.

Has anyone in the entire history of humankind ever preferred Wales over Madrid to the same extent as Gareth Bale?

The extent to which Bale no longer gives a single solitary shit really is very enjoyable. pic.twitter.com/eflCjhq7Pi

I bet it makes for a great cuppa though.

I have so many questions… #afcb pic.twitter.com/iTWBR9CSQ8

Staff meetings must be a nightmare.

Michy Batshuayi is getting great mileage out of this meme.

Telling my kids this was daddy https://t.co/Ui4M3Z6XDd

Your man has a shot to win the game and then does this, wyd?

Is this the most ridiculous penalty you've ever seen? 😮🤦🏿‍♂️ pic.twitter.com/92xctITH1j

Please, stop. This is child abuse.

The Champions League is great and all, but it’ll never top the Copa Libertadores and its Stormtroopers.

I will never get tired of videos of dogs invading football pitches.

See Also: Why Steven Gerrard should be wary of becoming Liverpool manager