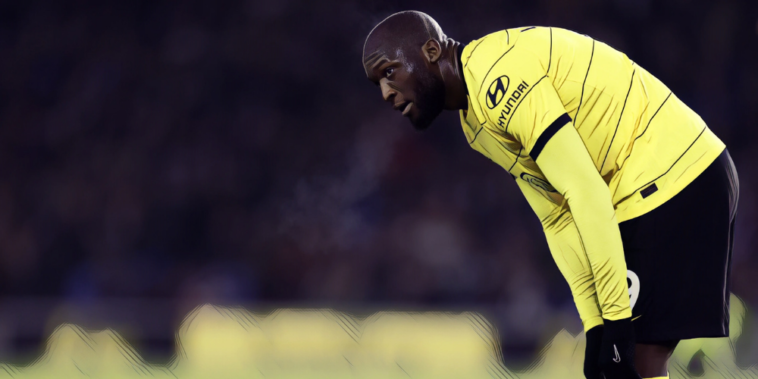 Thomas Tuchel has vowed to ‘protect’ Romelu Lukaku following criticism of the forward’s performances for Chelsea.

Lukaku has struggled to live up to expectations since completing a club record £97.5m move to Chelsea last summer, with the 28-year-old producing an anonymous performance during the 1-0 win at Crystal Palace last weekend.

The Belgium international set a new Premier League record after having just seven touches of the ball at Selhurst Park, the lowest total recorded by an outfield player who has completed 90 minutes since the data was first collected in 2003/04.

Speaking ahead of Chelsea’s clash with Lille in the Champions League on Tuesday night, Tuchel suggested Lukaku was suffering from a lack of confidence and has vowed to ‘protect’ the forward as he looks to regain his form.

“Sometimes it’s like this with strikers if they struggle a little bit with self confidence and find the space to get involved with a good defensive side,” he said at his pre-match press conference.

“It can be like this, of course it’s not what we wants and what Romelu wants but it’s also not to the time laugh about him and make jokes about him.

“He’s in the spotlight and we’ll protect him.”

Tuchel believes Chelsea are missing the presence of Reece James and Ben Chilwell at wing-back, but says he will continue to search for solutions as he looks to get Lukaku performing at Stamford Bridge.

“Every style changes with long-term injuries to key players, we play many games with a back three and wing-backs. Two of the key wing-backs are Reece and Chilly, who got injured at their peak level.

“They had a huge impact on our game offensively and defensively, and regarding Romelu, with their speed and deliveries.

“Of course it changes and in the formation we play, wing-backs are crucial to influencing the game, but we can also play and win without any player.

“This is our job. When we have injuries and Covid cases, it’s on me to adapt to find solutions and Romelu will always be part of the solution.”