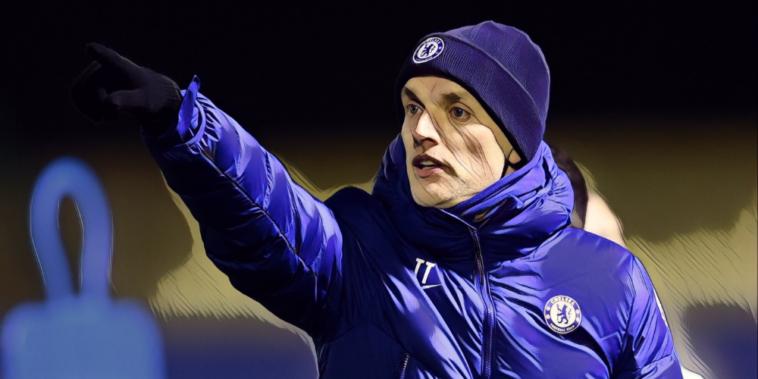 Thomas Tuchel has provided an interesting response when asked if Chelsea and Manchester City are ‘equals’ ahead of this weekend’s FA Cup semi-final clash at Wembley.

The two sides meet in the capital for a place in the final against either Leicester or Southampton, with both clubs heading into the contest in confident mood after each reaching the Champions League semi-finals in midweek.

Chelsea have enjoyed a positive start to life under Tuchel since his appointment as head coach in January, losing just twice in all competitions and showing signs of notable progress.

Chelsea are aiming to reach a second successive showpiece after losing to Arsenal in last season’s final, though face a difficult task against a City side in pursuit of an unprecedented quadruple.

Tuchel has provided his assessment of the sides when asked if Chelsea will start as equals against the Premier League leaders, admitting his improving team still have some way to go to match City’s level over the course of an entire season.

“Yes and no. We have to accept there is a gap between us and Manchester City, but it’s important we accept it without making us too small,” Tuchel told his pre-match press conference.

“For 90 minutes we are very self-aware and confident we can close the gap for one game. This is the target for tomorrow. We want to have momentum of the ball on our side, so we have to play at our top level, force things, and get a bit of luck.

“English football, City’s game and our game is about intensity with and without the ball. I expect a very offensive match, a very physical match.

“City have a clear style and DNA. They want to have possession and ball recoveries, and so do we. We have to be on point with our precision, passing and positioning if we want to hurt them. We need to be on it so we don’t allow easy chances or space between our lines. We have to play with courage and play adventurously.

“It’s the right moment for us to face a challenge like this,” added Tuchel.

“I hope we catch the moments where we can make them suffer. Then, from day one of next season, we will hunt them and try to close the gap between us. This is the benchmark for me.”