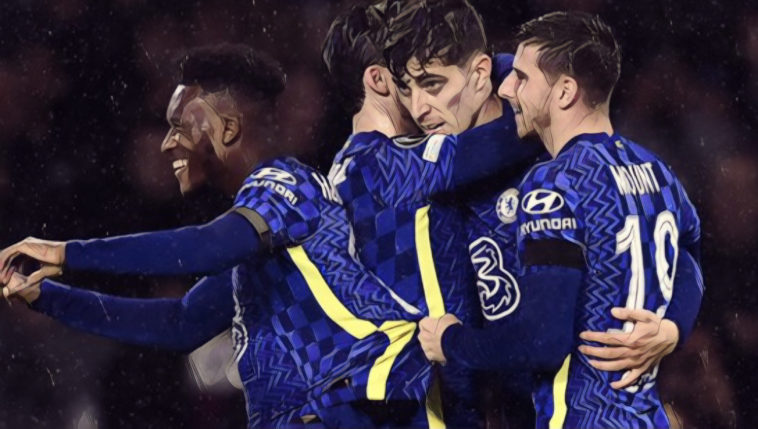 Injuries to both Romelu Lukaku and Timo Werner overshadowed a comfortable 4-0 win for Chelsea against Malmo in the Champions League on Wednesday evening.

Thomas Tuchel’s side had been made to work hard for their 1-0 win against Brentford at the weekend, yet looked set to have a much more comfortable evening against their Swedish opponents as they took a two-goal lead inside 20 minutes.

Unlikely scorer Andreas Christensen netted his first goal for the club with an excellent volley to put the hosts ahead, before Jorginho fired in a typically composed penalty soon after, following a reckless, lunging challenge from Lasse Nielsen on Lukaku.

Worryingly for the home side, the Belgian was forced off as a result of that tackle, while fellow forward Werner also limped off just before the break after appearing to pull up with a hamstring injury.

Even with those setback’s, the Blues continued to dominate after the break and quickly extended their lead through Kai Havertz, the German combining well with fellow substitute Callum Hudson-Odoi to round off a blistering counter with a dinked finish from the angle.

The night then got even worse for the visitors as they conceded another penalty just before the hour mark, with Jorginho once again converting from the spot after Antonio Rudiger had been bundled over by Eric Larsson inside the area.

While they had chances to even further extend that lead, in the end the home side were left to settle for a comfortable 4-0 win to keep them in second place in Group H, with Tuchel full of praise for his side’s ‘intensity’ on the night.

”We wanted three points and wanted them deserved and we got both of those,” Tuchel told BT Sport.

“We played to huge intensity, we demanded this from us and we played an excellent game until it was 4-0. We are very happy.”

The routine win was of course marred by injuries to both Lukaku and Werner, with the former Paris Saint-Germain boss admitting that both men will likely be unavailable for Saturday’s clash with bottom side Norwich City.

“We have a twist of the ankle for Romelu, and muscle injury and hamstring for Timo, so they will be some days out I guess.

“Normally we are in a good place injury wise, only Christian Pulisic is out, but we miss everybody. We have a lot of games, lot of competitions, so now we have to deal and find solutions, no excuses.

“The two were in good shape, they are dangerous and can create and score so now we need to find solutions and guys who waited for their chance need to step up and score. The race is on, the guys who start against Norwich have our trust and we will try to find new solutions.

‘We have won games before with Werner and Lukaku, we don’t want these problems too often but it happens during a season.”