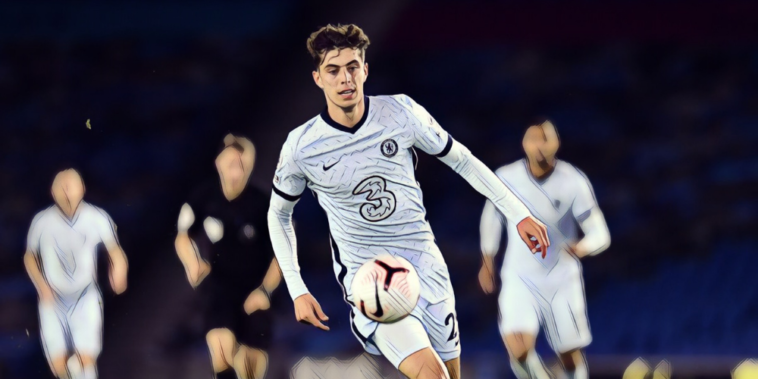 Thomas Tuchel admits Kai Havertz is ‘not a Diego Costa kind of guy’ but is confident the ‘quiet’ forward can become an important player in the Chelsea attack.

Havertz has endured a difficult debut season in the Premier League since arriving in a club-record £72m deal from Bayer Leverkusen last summer, the Germany international becoming the marquee arrival of Chelsea’s summer spending.

The 21-year-old has seen his season disrupted with injury and illness, but has showed encouraging signs in recent weeks and starred as the west London side thrashed Crystal Palace 4-1 on Saturday.

Havertz scored one and provided another in a free-flowing attacking performance from Tuchel’s side, who remain just one point outside the top four in the race to secure Champions League football.

Havertz’s goal was just his second in the Premier League so far this season, but Tuchel believes the youngster can thrive as Chelsea’s forward option even if his demeanour differs to some of Stamford Bridge’s former favourites.

“He is simply not that guy that will fully feel, or you will see enraged,” Tuchel told reporters after the match. “Some guys, you feel they have to fight with others to get certain momentum.

“He is not a Diego Costa kind of guy. This is simple. I will never demand he will become this. Sometimes you cannot confuse with his body language that he doesn’t give everything. He is a very quiet character and we are aware of his quality.

“I don’t know a level that he is reaching and how fast he can do it. I can just repeat that he stepped out of his comfort zone coming from Leverkusen to the Premier League; you want to challenge yourself. Here he is and it is up to him to show the quality.

“He has shown already very strong performance against Everton and Atletico. For us, he had a tough match against Porto and the speech was very easy: Go and show you can do better and fight for your place. He gets a second chance and he took that.

“He can be even more ruthless in finishing because he has extra quality. He doesn’t have to be our emotional leader because he is not that guy and it is not necessary.

“But, in terms of controlling the ball, keeping it in difficult situations, having little runs, being in high positions and having good finishing, this is what we demand. He needs to show up and show up. This is life as an offensive player at Chelsea.”