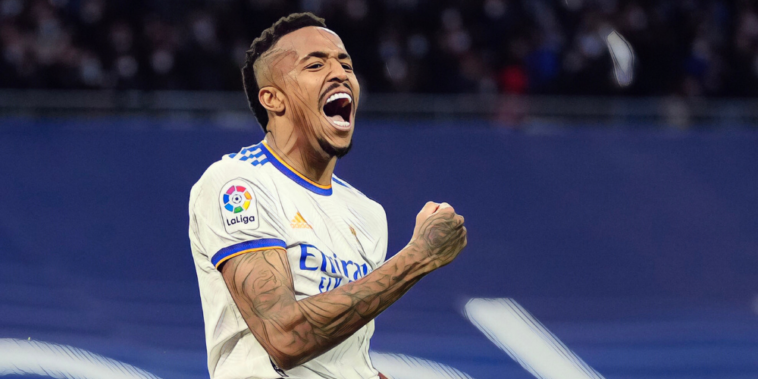 Chelsea are interested in signing Eder Militao with Thomas Tuchel keen on a summer deal for the Real Madrid defender.

Tuchel wants to improve his centre-back options this summer and is targeting a deal for Militao, who has established himself as one of the best defenders in La Liga this season.

The 24-year-old has three-and-a-half years remaining on his current contract at Real Madrid and Marca are reporting that the club are keen to open talks over an extension to his deal.

Chelsea want to make a move to sign the Brazilian, however, who has become a key figure in the Real Madrid side since the summer departures of Sergio Ramos and Raphael Varane.

Chelsea’s need for defensive additions comes amid the uncertainty surrounding several stars at Stamford Bridge, with Antonio Ruidger, Andreas Christensen and Cesar Azpilicueta all out of contract at the end of the season.

Rudiger has been linked with a free transfer move to Real Madrid this summer, whilst both Christensen and Azpilicueta have attracted interest from leading clubs.

Chelsea could renew their interest in Jules Kounde should a move for Militao fail to materialise, having made a bid to sign the centre-back from Sevilla last summer.

The France international has impressed again this season for the Andalusians, who are four points behind Real Madrid in the La Liga title race at present.