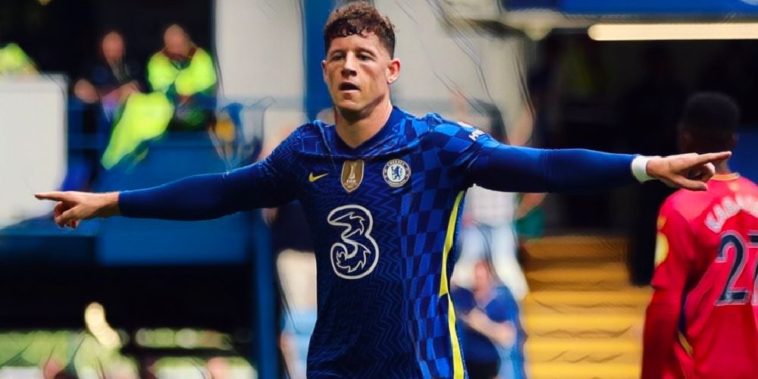 Chelsea finished off their Premier League win with a late win over an already relegated Watford side at Stamford Bridge today.

It took just 11 minutes for Thomas Tuchel’s side to go ahead of Roy Hodgson’s Hornets, with Kai Havertz slamming a cross from forgotten man Kenedy from close range.

Watford have been a sorry excuse of a football team for most of the season, but they sprung a surprise in the 87th minute when veteran English midfielder headed home an equaliser from a Adam Masina’s cross.

However, another somewhat forgotten man would step up in stoppage time to snatch a late winner for Chelsea and send the Stamford Bridge faithful home happy, Ross Barkley’s downward header from a Reece James cross sneaking past Watford ‘keeper Daniel Bachmann.

Today’s win sees Chelsea finish third in the table and after losing both domestic cup finals on penalties, as well as seeing plenty of drama off the pitch, most Blues fans will be glad to see the back of this season before starting the next campaign a fresh in August.

Speaking afterwards Chelsea boss Tuchel admitted today’s fixture had a real end of season feel to it, but in the end, he was happy to get what he thought was a deserved win.

“When you play a game with not so much pressure than usual, it can be a little strange but I am happy we won,” Tuchel told chelseafc.com.

“It looked like we almost gave it away again at the end and had another draw at home but we came back strongly. Reece and Ross turned it around in our favour. I’m happy for Ross to score on what was his 100th game in a Chelsea shirt.

“It was a mood changer for us today and we are happy to end with a win. The season was more or less finished for us so we gave some players an opportunity to play who didn’t have many minutes. I was happy they could show up and take a deserved win, which is a big step up in terms of consistency for us.”