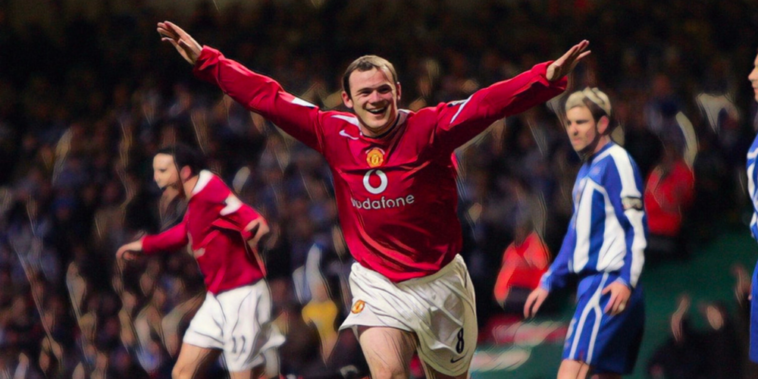 The nominations for the Premier League’s end-of-season awards will soon be announced, with the PFA accolades among the most prestigious in English football.

Acknowledgement from the rest of the division is arguably the greatest testament to a player’s performance and there are a number of exciting young talents all in contention for the PFA Young Player of the Year award.

Phil Foden was named as winner of the accolade last season and the Manchester City forward is among the favourites once again in 2021/22, with the 21-year-old in contention to become just the fifth player to win back-to-back awards.

Ahead of the shortlist, we’ve looked back at the four Premier League players to win the PFA Young Player of the Year in consecutive campaigns.

Giggs was the first member of the club’s fabled Class of ’92 to break into the senior side and made his debut as a teenager for the Red Devils, with his first season as a regular ending with the Welsh winger named as the division’s best young talent.

(With a cheeky nutmeg thrown in for good measure!) #GoalOfTheDay pic.twitter.com/MgFUG9nrud

Giggs’ first accolade came in the final pre-Premier League campaign, before he retained the accolade the following season as United became the first champions of the relaunched top flight.

He made 46 appearances and scored 11 goals in all competitions as Sir Alex Ferguson’s team ended a 26-year wait to be crowned champions, with Giggs also named in the PFA Team of the Year alongside teammates Peter Schmeichel, Gary Pallister and Paul Ince.

Giggs became the most decorated footballer in English football history with 13 league titles and a record 963 appearances in a one-club career at Old Trafford.

He won the senior PFA Player of the Year award in 2008/09 and is one five players to have won both accolades in the Premier League era, joining Steven Gerrard, Cristiano Ronaldo, Wayne Rooney and Gareth Bale.

Robbie Fowler emerged from the Liverpool ranks to much excitement in the nineties, announcing his first-team arrival with a debut goal against Fulham, before scoring all five goals in a 5-0 win over the Cottagers in the return leg of their League Cup clash.

Fowler scored 13 goals in his first 15 appearances for the Reds to emerge as one of England’s brightest talents, with his first full season ending with 31 goals in all competitions and the PFA Young Player of the Year award.

The forward’s 1994/95 season included a record-breaking hat-trick against Arsenal, scored within just four minutes and 33 seconds. It was a record that lasted for more than two decades until Sadio Mane (two minutes and 56 seconds) eclipsed the feat in 2015.

Fowler ended that season with a League Cup winners’ medal, before improving his goal return in 1995/96 to earn a second successive Young Player award.

He scored 36 goals – one of three straight seasons he reached 30+ in all competitions – and finished as runner-up for the Premier League’s Golden Boot to Alan Shearer.

Fowler’s finest form came during that initial breakthrough and he never reached 20 goals in a season after the 1996/97 campaign, though he remains the eighth-highest scorer in Premier League history on 163 goals.

Wayne Rooney announced his arrival as a Premier League player with a wonderful winner for Everton, the 16-year-old coming off the bench to end the 30-game unbeaten run of champions Arsenal with a stunning last-minute goal.

From there Rooney-mania took off and reached new heights after the forward’s performances for England at Euro 2004, with Manchester United securing a deal to make Rooney the most expensive teenager in history that summer.

Rooney scored 17 goals in all competitions – including a debut hat-trick against Fenerbahce in the Champions League – to win the PFA Young Player of the Year award in 2004/05.

The following season saw Rooney retain the accolade after a 19-goal campaign, a haul which included scoring twice in the League Cup final as he secured his first major silverware.

Rooney spent more than a decade with Manchester United and became the club’s all-time record goalscorer with 253 goals, whilst he won five Premier League titles and the Champions League among his major honours.

Winner of the PFA Player of the Year award in 2009/10, he is one of just two players – alongside Alan Shearer – to have reached 200 goals in the division and among only four to have 100+ assists.

Dele Alli burst onto the scene at Tottenham after making a £5m move to the North Londoners from MK Dons, handling the step up superbly to be crowned as the Premier League’s best young player in 2015/16.

Alli scored 10 goals during that breakthrough campaign to also earn inclusion in the PFA Team of the Year, before enjoying the best season of his career the following term to push Spurs’ challenge for the title.

The midfielder scored 18 league goals as Mauricio Pochettino’s team finished as runners-up, impressing with his street-footballer confidence, silky touches and late runs into the box.

The 21-year-old also won the BBC Goal of the Season for a brilliant individual goal at Crystal Palace and having established himself as an England international looked to have the world at his feet.

He hit 14 goals in all competitions the following season, but it has since been a dramatic decline for the midfielder who fell out of favour at Spurs before joining Everton in January 2022.

Alli has failed to start a single league fixture since making the move to Merseyside and at 26 his career is at a crossroads. It’s been a sharp fall from grace for a footballer brimming with potential and talent during his initial emergence.