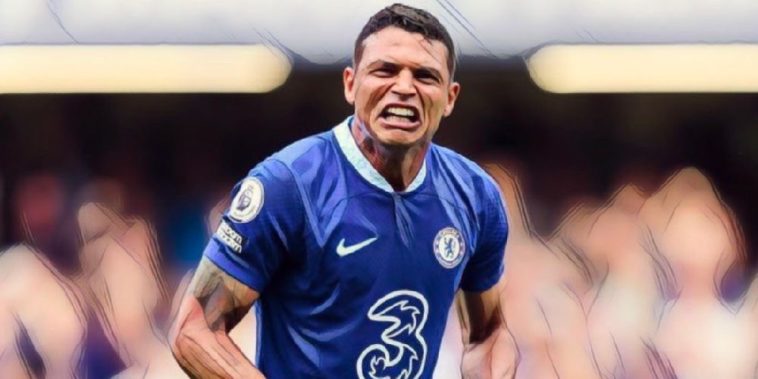 Chelsea recovered from their embarrassing 3-0 defeat to Leeds last time out by securing a dramatic 2-1 win over Leicester at Stamford Bridge.

Blues boss Thomas Tuchel must have feared the worst after 28 minutes though when Conor Gallagher was rightly given his marching orders after he hacked down Harvey Barnes and was shown a second yellow card.

Leicester thought they had taken advantage of Gallagher seeing red soon after when they bundled the ball home from a corner, but the referee somewhat fortuitously adjudged Barnes to have fouled Chelsea’s keeper, Eduoard Mendy.

Chelsea remained a threat themselves, however, and the impressive Reece James went close to opening the scoring when he hammered a half volley off the upright.

Two minutes into the second half and Chelsea would take the lead, summer signing Raheem Sterling’s deflected effort from the edge of the area looping up-and-over Danny Ward in the Foxes’ net.

In the 63rd minute, Sterling would have his second, this time tapping home from close range to put the finishing touch on a wicked delivery from James.

Leicester refused to go away though and three minutes later the lively Barnes played a one-two with Jamie Vardy and powered home past Mendy at his near post.

Azoye Perez hit the crossbar as Brendan Rodger’s side pushed on in search of an equaliser, but ultimately the home side would hold on for a hard-earned three points.

Blues boss Tuchel had to watch the game from a hospitality area due to the touchline ban he received for his post-match scuffle with Spurs boss Antonio Conte and the German coach admitted it’s not an experience he wants to repeat anytime soon.

“It was a good view, a lot of support around me and I have the experience now so there’s no need for a repetition,” Tuchel told BBC Sport.

Sadly for Conor Gallagher, he has looked like a shadow of the player in Chelsea blue that he was for Crystal Palace last season, and Tuchel was clearly unhappy with the player for making his team play over an hour with 10 men.

“You can’t make the [second] challenge if you have a yellow card after 20 or 25 minutes. The challenge was a clear yellow card and gave us a huge disadvantage. There was no reason to make this decision [from Gallagher].”

“In the last 15 minutes once or twice we were lucky to not concede an equaliser.”

“It suited him. He likes sitting deep and defending the box – he’s maybe one of the best in the world to defend in the box. We played a back five in the second half to not get caught.”