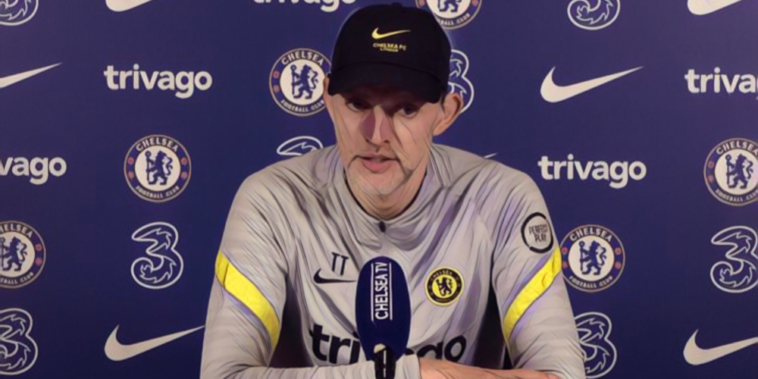 Thomas Tuchel believes Chelsea’s recent form has been ‘unusual’ after a run of just one win from four fixtures across all competitions.

Chelsea face Leeds in the Premier League this weekend, looking to address a recent slump in results that has seen the west Londoners drop to third in the division.

Tuchel also conceded that his side were fortunate to escape with a win against Watford on December 1 and the German has discussed his side’s recent showings.

“For me it is about the last three games. The way we played was like I said the first time, I had a feeling we were not ready to play Watford and match their intensity. We escaped with a win and managed to grow on an acceptable level,” he said at his pre-match press conference.

“West Ham was, a very good first half and an OK second half but a terrible result for us.

“We had a lot of changes then let a lead slip through our fingers in the very last minute. If you have the lead four times in two matches and you escape with one point and six goals conceded, it is not the time to look away and pretend nothing is happening.

The 48-year-old dismissed the notion that this run was the most challenging period of his Chelsea reign so far, but admitted his side’s recent conceding of goals has been ‘unusual’ given their strong performances in recent months.

“No. For me it is a very short period where we are a bit concerned or not happy with how we approach things and feel we can do better. For me it is not a long period.

“It started at Watford but even there we had a lot of changes. I was aware that maybe things looked not so precise, smooth or well-organised but I was surprised we were not ready physically or mentally to play a league match.

“We played very good in the first half against West Ham and had a good reaction after the equaliser but I repeat, it is the four times we gave away the lead, it is very unusual. I don’t want to make it bigger than it is but I don’t want to look away.”