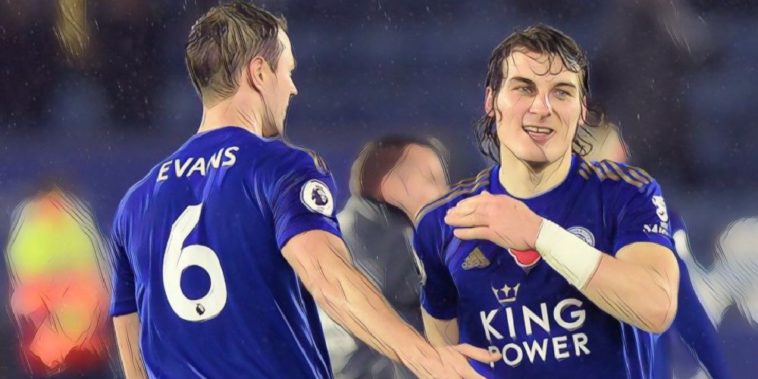 The agent of Leicester’s Caglar Soyuncu has moved to dismiss transfer talk linking him with a move away from the club, amid speculation that Arsenal and Manchester City are interested in signing the defender.

The Turkish international has thrived for Leicester this season, stepping into the void left by Harry Maguire’s departure to Manchester United and becoming a key figure in the Foxes’ flying start to the campaign.

Soyuncu’s performances have led to speculation linking the 23-year-old with a move away from The King Power Stadium, with Arsenal and Manchester City both believed to be considering the player as they look to bolster their defensive options.

However, Soyuncu’s agent Mustafa Dogru has dismissed the speculation of a move away and says his client is fully focussed on achieving success with Leicester this season.

“After such performances in the Premier League, it is quite natural for transfer news to appear,” Dogru told Turkish radio station Radyospor.

💪 Caglar Soyuncu's price has risen for the third consecutive Gameweek

“Caglar now focuses on the success of the team. A transfer is neither on his nor the club’s agenda.

“I don’t know what’s going on in the future, but he’s thinking about his achievements at Leicester City and with the national team.”

Leicester manager Brendan Rodgers has previously spoken of his intent to keep his squad together, with the club currently second in the Premier League and looking well placed to secure Champions League qualification.

“For me, our job is to keep what we have, which is important and, if there’s an opportunity to improve the squad [in January] we will look to do that,” Rodgers said.

“If not we will carry on with the squad we have, which is very strong. Then we’ll look at it again in the summer. But we’ll certainly not be looking to lose anyone.

“For us we want to grow. There’s a lot of development left in this squad.

“Every club will lose players at some point but we’ve absolutely no plans to lose anyone in January.

“The worst case scenario for us [at the end of January] is we’ll have the same squad as we have now, which I’m very happy with.”

See also – Brendan Rodgers – 20 of his most cringiest quotes