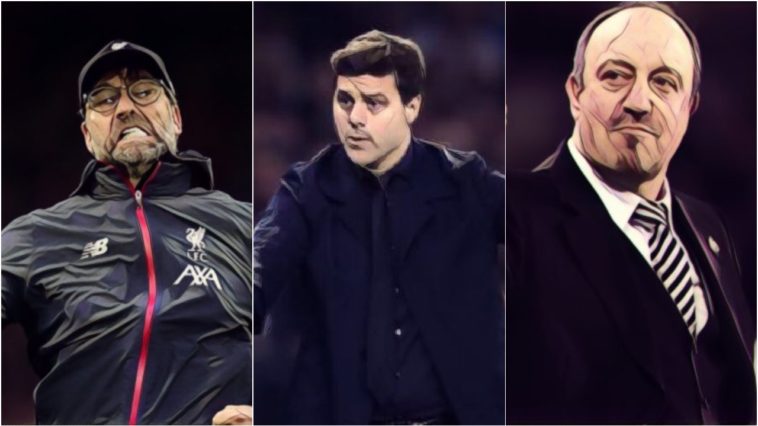 Expect the unexpected in the world of Premier League football, with this week’s news that Tottenham have decided to sack Mauricio Pochettino and replace the Argentine with Jose Mourinho one of the biggest shocks in recent seasons.

Pochettino has been regarded by many as the best Spurs manager in recent memory, though after five seasons in charge he failed to deliver silverware to the North London side.

A second-placed finish in 2017 was the closest Pochettino got to title success, but he is not the only top manager to have failed to deliver the Premier League title.

Five of the best managers not to win the Premier League:

The only manager in history to have twice finished as a runner-up without lifting the main prize, Kevin Keegan’s entertaining Newcastle United side are amongst the most iconic in the league’s history, despite their failure to secure a league title.

Keegan’s ‘Entertainers’ famously raced into a huge lead in the 1995/96 season, leading by 12 points in mid-January, only to completely capitulate following some famous mind games from Manchester United‘s Sir Alex Ferguson who saw his side pip them to the championship.

The former Newcastle and England manager’s famed rant is one of the division’s most memorable title-race moments, and while their collapse was spectacular, Keegan should perhaps be given more credit for that particular period.

One of the great managers pre-Premier League, Robson would made an indelible mark on English and European football before taking over his boyhood club in 1999.

Having achieved much success with the likes of Ipswich, PSV, Porto and Barcelona at club level, the former England manager tried his luck in the Premier League at St James’ Park.

Robson took over a club in the relegation places and struggling, before transforming the Magpies into a Champions League side after securing back-to-back top four finishes.

Having won silverware in four different countries throughout his career, Robson is one of the great Premier League managers to have never lifted the title.

The only manager in history to have won the Champions League, Europa League, UEFA Super Cup and Club World Cup, a Premier League title has so far proved elusive for the Spaniard despite spells at both Liverpool and Chelsea.

Benitez arrived in English football with Liverpool and guide them to Champions League and FA Cup success in his first two seasons on Merseyside, though a runners-up position in 2009 was as close as he came to ending the club’s long wait for a league title.

A brief spell at Chelsea as interim manager brought further silverware but no league title, whilst he also performed well at a Newcastle side with much lower expectations.

One of the great coaches of modern times, Benitez has won major honours at a host of clubs but has been unable to deliver English football’s biggest prize. Likely to return to the Premier League in the future, he may get another opportunity.

Pochettino’s reign at Tottenham can be can be viewed through two different lenses; the Argentine failed because he didn’t deliver silverware or he succeeded because he undoubtedly improving the fortunes and stature of the North London side.

In five seasons in charge Pochettino secured four top-four finishes, with the club having only secured Champions League football twice in the previous 22 Premier League campaigns before his arrival.

A runners-up position in 2017 was as close as Spurs would come to securing a first league title in almost 60 years, whilst he would also guide the club to a first ever Champions League final despite being restricted financially by the club’s stadium move.

Pochettino’s journey at the club would ultimately end with his sacking, though he possesses a fine reputation within the game and his style of management will appeal to Europe’s leading clubs.

Poch’s most memorable wins at Spurs

Could this be the season that Jurgen Klopp removes his name from this unwanted list?

Liverpool’s record-breaking runners-up position last term has been well documented, losing just once all season and recording 97 points only to be pipped to the title in agonising fashion by a relentless Manchester City side.

Having bounced back from that disappointment to be crowned European champions, Liverpool are once again primed for another tilt at the title and have raced into an early lead at the top, the club having now remarkably lost just once in their past 51 league fixtures.

Klopp has long been regarded as one of the finest coaches in world football, and Liverpool’s continued improvement under his stewardship has been testament to his abilities.

Read: Five managers who famously lost the head on the sideline