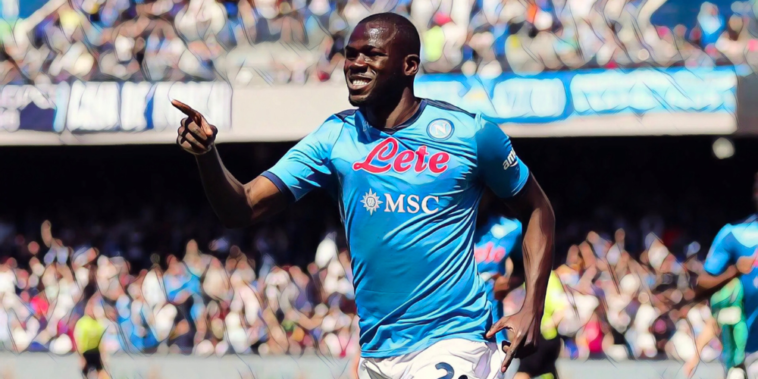 Chelsea have added Kalidou Koulibaly to their growing list of centre-back targets as the west Londoners look to rebuild their defence.

The exits of Antonio Rudiger and Andreas Christensen have left Chelsea in need of reinforcements, with a number of centre-backs across Europe having been linked with a move to Stamford Bridge.

Koulibaly – who has been linked with countless big-money moves across his eight seasons with Napoli – has been named as a potential transfer target as Thomas Tuchel looks to add an experienced option in central defence.

The Daily Mail are reporting that the 31-year-old is on a shortlist of names that also includes Juventus defender Matthijs de Ligt, alongside both Sevilla’s Jules Kounde and Manchester City’s Nathan Ake.

Koulibaly is entering the final season of his contract at Napoli and is reportedly keen to leave in search of a new challenge, though the Italian side are only prepared to allow the centre-back to depart for a foreign side.

Barcelona have also been linked with a move for Koulibaly, who has been named in the Serie A Team of the Year on four occasions and captained Senegal to Africa Cup of Nations success in 2021.

He made 34 appearances in all competitions as Napoli finished third last season, posting the joint-best defensive record in Serie A.