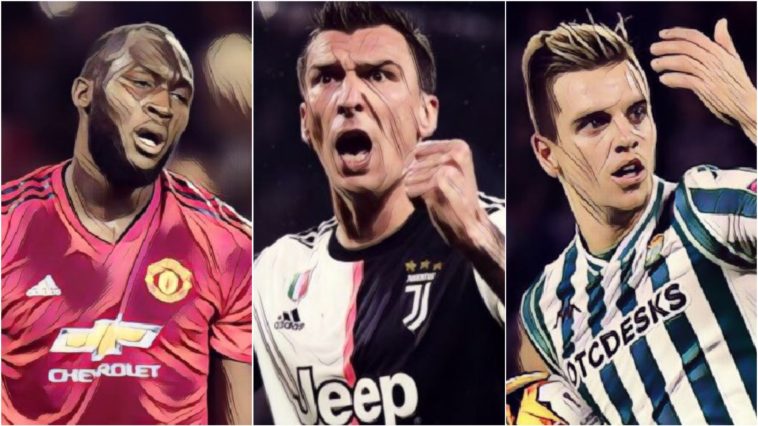 All of the major transfer dealings featuring Premier League clubs as the deadline quickly approaches at 5pm today.

Transfer triangle at an impasse

The dominoes are in place, the question is: will someone knock the first one over? That’s all we need today for a series of blockbuster transfers to take place ahead of the deadline today, although it is increasingly unlikely that scenario is going to happen.

The first domino in this chain is Paolo Dybala, who appears willing to move from Juventus to Tottenham Hotspur. That could set off Christian Eriksen’s long-anticipated exit from the Lilywhites, from which he could join Manchester United. They would in turn sell Paul Pogba to Real Madrid.

All good in theory, but it looks like all the pieces are staying in place. Spurs and Juve agreed a deal, Dybala was supposedly happy to move to north London, but the deal has hit a major snafu in the form of the player’s image rights, which are entangled in a messy legal web that won’t get sorted before the 5pm deadline.

Told that Dybala deal is definitely off. Wages and image rights just too much for Spurs. Still a great window with Lo Celso and Sessegnon incoming

The end result could be three unsettled players at clubs they don’t want to be at for the entirety of next season.

This could still turn out to be an incredible deadline day for Spurs, who are expected to buy Giovani Lo Celso from Real Betis and Ryan Sessegnon from Fulham.

As of last night it was reported that Spurs agreed a €60m (£55m) fee with the La Liga outfit to bring the midfielder to London, which would make the team’s midfield look absolutely lethal this season.

Lo Celso is expected to complete a medical alongside Sessegnon today, although a deal for the latter hit a snag according Darren Lewis of the Mirror.

Now told talks between Spurs and Fulham over Ryan Sessegnon have hit an impasse. @MirrorFootball https://t.co/dmEhsRGNMe

Almost every other outlet is reporting the deal is still on, however, so expect the 19-year-old wide forward to join the Premier League club in a deal worth up to €32m (£30m) including add-ons, with midfielder Josh Onomah going the other way.

Big Rom off to Italy

Romelu Lukaku has been filmed waving to Internazionale fans ahead of undertaking a medical. Both Inter and Man United have agreed a deal worth €75m, with €10m of that wrapped up in future bonuses, as well as a 5% cut of any future transfer fee.

Romelu Lukaku has just arrived in Milano! More than 200 Inter fans here to wait him at 2am. @SkySport ⚫️🔵🛬 pic.twitter.com/Iapb9c0Ioy

The Belgian striker has been yearning to move to Serie A, and has even gone as far as training with Anderlecht, the club he signed his first professional contract with, as a means of protest to push the move through. It was reported this week that Lukaku feels like a “spare part” at Old Trafford and has stopped talking to Ole Gunnar Solskjaer.

Although this move will mean the Red Devils will be shorn of one of their biggest attacking threats, it does mean there will be one less disruptive influence in the dressing room.

Mandzukic on his way to Old Trafford?

Heading the other way, Mario Mandzukic could be joining Man United as Lukaku’s replacement. The Juventus striker was linked with a move to the club earlier in the summer, but those talks broke down.

Now that Lukaku is off, United want someone to fill that void, and Mandzukic makes sense in some ways. He’s an experienced forward who has won the Champions League and multiple league titles over the years, as well as having a track record of scoring goals almost everywhere he goes.

The Kroat is not as physically imposing as the Belgian, nor is he as fast, and he’s about seven years older too, but his hold-up play is superior, which would bring the likes of Marcus Rashford, Anthony Martial and other attacking players into the game. He’s also a hard worker and can do a job on the wings if needed.

Mario Mandzukic deal is still so difficult, at the moment. #MUFC 🔴❌ https://t.co/AkXwfDUGqj

Unfortunately the chances of getting a deal done so late in the window seem very slim indeed.

Arsenal look to have significantly improved their defence by snapping up David Luiz from Chelsea and Kieran Tierney from Celtic all in the one day.

Tierney has long been a target for the Gunners, and they appear to have gotten him for around €27m (£25m), which would be a bit of a steal when you consider the fact that Aston Villa paid Bournemouth €21m (£20m) for Tyrone Mings, a deal which could eventually equate in value with add-ons.

Luiz is the real headline-grabber though, as few would have expected the Brazilian centre-back to cross the Thames in the current window or, well, ever really. This comes on the back of Laurent Koscielny leaving the Emirates for Bordeaux after going on strike during pre-season.

These are significant upgrades for a team that conceded 51 league goals last season. Luiz is 32-years-old, so his best years are still behind him, but at €8.6m (£8m) — a tenth of Harry Maguire’s price — this could be one of the best deals they’ve done this summer.

The Angel of the North comes home

Free agent Andy Carroll is returning to where it all began, rejoining Newcastle United on a one-year contract for the season. Louise Taylor of the Guardian reports: “It appears it will be a heavily incentivised deal containing a significant pay as you play element to supplement the basic wage.”