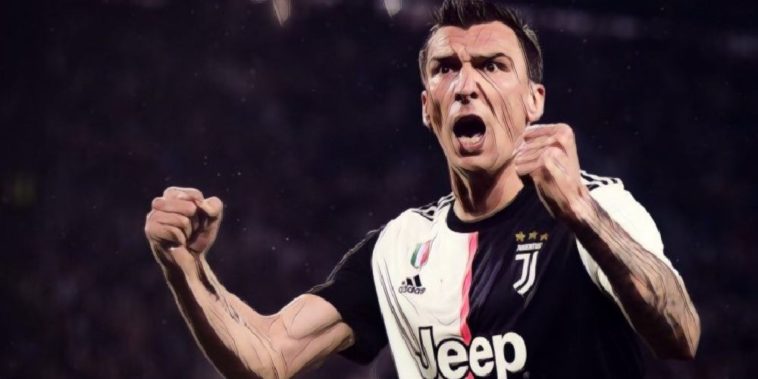 Manchester United have re-opened talks with Juventus regarding the potential deadline day transfer of Mario Mandzukic.

With just hours to go until the summers transfer window closes, Manchester United have finally agreed a deal worth £73m with Inter Milan for the sale of Romelu Lukaku, with the Belgian arriving in Milan overnight to complete a medical and finalise a deal after weeks of speculation.

While it is thought that Ole Gunnar Solskjaer wants to implement a dynamic, pressing style of play at Old Trafford in his first full season at the club, with Marcus Rashford, Anthony Martial, Jesse Lingard and Dan James expected to make up a dynamic front line, it seems as though the Norwegian is looking at something a little different as an alternative.

They have been linked with a move for Mario Mandzukic earlier this summer, and according to reports in Italy, they have now re-opened talks with Juventus for the Croatian.

Man United have re-opened talks with Juventus for Mario Mandzukic some hours ago; but NO agreement has been reached and it’s considered by Juventus a “very difficult deal”. Poor chances at the moment. 🔴 #MUFC #ManUnited #transfers #deadlineday

United were previously linked with the World Cup finalist as part of the talks that would have seen Lukaku move to Juventus with Paulo Dybala moving in the other direction, only for the deal to break down due to the Argentine’s excessive demands.

However, it is claimed that a deal for Mandzukic is a a ‘very difficult deal’ to complete, especially with so little time remaining for United to do their business, a deal that is claimed to have ‘poor chances’ of success.

United have also been linked with former Spurs striker, Fernando Llorente, who would be able to join the club beyond today’s 5pm due to him being currently unattached.