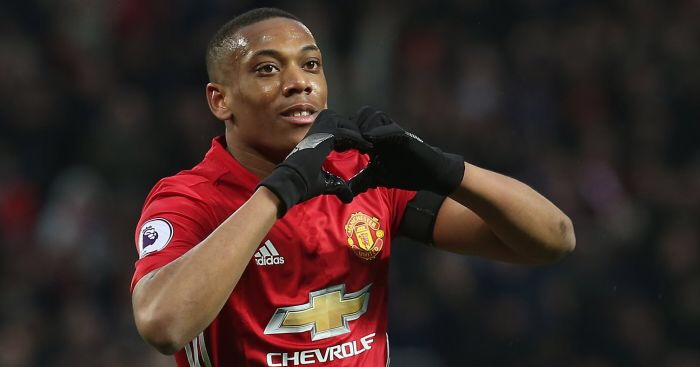 Tottenham Hotspur are planning to offer Manchester United winger Anthony Martial an escape route this summer after it has been claimed he is unhappy at the club.

The Daily Mirror claim that Mauricio Pochettino is preparing a move to take the 21-year old from Manchester to North London.

Martial only arrived at Old Trafford 18-months ago, moving to Louis van Gaal’s Manchester United for an initial £38million. A fee which could rise to almost £60million depending on performances and appearances. In fact, following his goal at the weekend against Watford, the next goal he scores for Manchester United will trigger a further payment to AS Monaco of £8.5million.

He was one of the first names on the teamsheet for Man Utd under LVG.  However, he has been a bit-part player at best under Jose Mourinho. The Portuguese has challenged the player to up his game, something he finally managed to do at the weekend.

It is claimed that Martial wants to leave the club, with PSG believed to be interested, but the player himself responded on twitter with the following message:

Dont listen the papers it's wrong thanks Come on United 🔴

Whether or not interest from Tottenham is enough to lure the Frenchman away is yet to be seen.