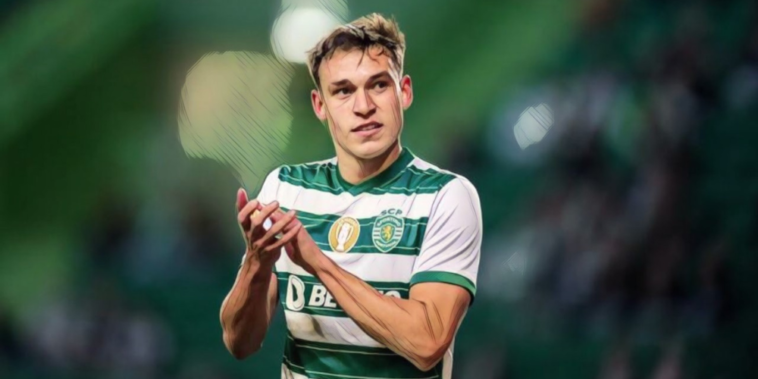 Tottenham are monitoring the contract situation of Sporting Lisbon midfielder Manuel Ugarte, according to reports in Portugal.

Sporting have been in negotiations over a new deal for the Uruguay international but have so far struggled to reach and agreement with Ugarte and his representatives.

According to Record, that situation is understood to have alerted Spurs as Antonio Conte looks to add some steel to his midfield options.

The 21-year-old has developed a reputation as a prolific ball-winner in midfield and has made more combined tackles and interceptions than any other player in the Champions League this season. In September, he completed 12 tackles in Sporting’s 3-0 win over Eintracht Frankfurt, a record in the competition since 2016. His 91.7% pass accuracy is also a leading total among his Sporting Lisbon teammates – among players who have made more than three starts this season.

Paris Saint-Germain and Atletico Madrid have also been credited with an interest in Ugarte, who is believed to have a release clause of €60m (£52.1m) in his current deal. It is understood that Sporting would accept a fee of around €40m (£34m) should Ugarte not sign a new deal.

Spurs are keen to reinforce their top four challenge with additions in January and have also been linked with Ugarte’s club teammate, Pedro Porro, as Conte looks to sign a right-back. Another attacking addition is also said to be on the club’s agenda for the winter window.