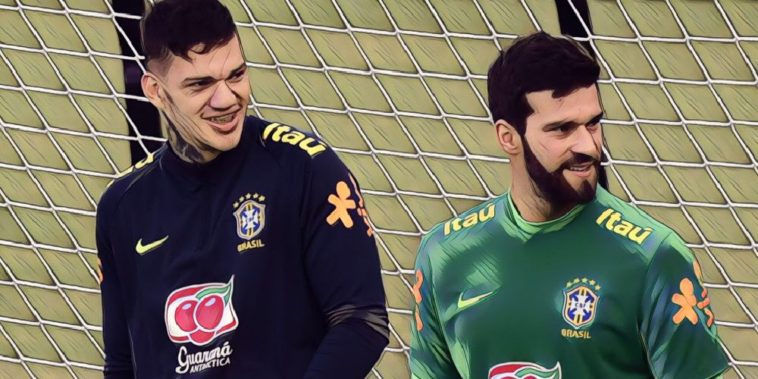 The 2022 FIFA World Cup begins very soon and all eyes will be on Qatar to see how the 32 football teams play to make history in what will be the first ever world cup tournament to be held in an Arabic country. These teams will represent different countries from numerous continents who have their eyes on the prize. If you are looking for the best world cup odds, visit FanDuel ahead of the tournament.

This article will outline some of the best world-class goalkeepers who will be representing their countries during the 2022 World Cup.

Courtois is an expert goalkeeper and a key member of Roberto Matinez’s Belgian side. He is undoubtedly a key player in the golden generation of Belgian footballers and yet he has not yet achieved success at an international level.

Nonetheless, his resume is spotless, having played for Real Madrid. He was also part of their third-place finish at the 2018 world cup in Russia. Irrespective of the team finishing third, Courtois was still awarded the Golden Glove for being the best goalie in the tournament. He was also awarded the Yashin trophy in 2022 for making the saves that helped Real Madrid to win the champions league and LaLiga. `

Thus, Courtois is a first-choice goalkeeper and he may play a key part in helping the side to advance from their previous bronze medal position.

It is a total understatement to say Brazil is spoilt for choice when it comes to footballing talent. Brazil undoubtedly has the best footballers in the world. Thus, when it comes to selecting a goalkeeper, they are likely to choose between Ederson Moraes and Alisson Becker. Both of these goalkeepers play for top flight Premier League clubs respectively. Thus, they have a plethora of experience in regard to playing at a high level in the premier league and the champions league.

Both of these goalkeepers are first-choice selections for their main club managers. They have both played a fundamental part in previous premier league wins over the last five years. These two goalkeepers were also highly successful in ensuring that 20 clean sheets were maintained for each club during the 2021-22 season. This infamous pair will fly to Qatar to don the Brazilian jersey, and clubs will find it incredibly difficult to tarnish the clean sheet of either one of these goalkeeping legends.

Germany has a stunning depth to their footballing squad and their goalkeepers are no exception to this depth. This is why it will be a difficult choice for manager Hansi Flick to select a first-choice goalkeeper. Neuer has been the first choice previously as he has a breadth of experience to bring to each tournament. His infamous reflexes and sweeps are renowned for driving the ball away from the goal and most strikers find it challenging to score against this force of nature.

Their second-choice goalkeeper is a FC Barcelona legend, Marc-Andre Ter Stegen, who has played a key part in the team’s defensive play. However, Manuel Neuer is still likely to be first choice as he also won the Golden Glove in 2014 for standing firm against Argentina during the world cup final. He also managed to prevent Leo Messi from scoring and achieving international victory.

Things changed dramatically for Argentina since the hiring of Lionel Scaloni as manager. Lionel Messi managed to win an international trophy under this new management and Emiliano Martinez played a huge part in this victory in the Copa América tournament.

Martinez played a crucial role within the Argentinian squad that won in Brazil in 2021. Martinez managed to save numerous shots in the final in order to affirm a 1-0 victory for Argentina in the Copa América final.

His stunning performance throughout this tournament earned him the award for best goalkeeper in Copa América 2021. This makes him a standout goalkeeper going into the 2022 tournament. Argentina also remains unbeaten for 35 games in a row. They managed to defeat Italy at Wembley Stadium previously and Martinez stood out during this match also. Argentina firmly have their eyes set on international glory and their first world cup since beating Mexico in 1986, when they were led to victory by none other than Diego Maradona!

To conclude, this article has outlined some of the best international goalkeepers to watch out for in the 2022 World cup 2022. While many people underestimate the skill set of these goalkeepers, they undoubtedly play one of the most crucial roles in any match. Especially in regard to penalty shoot-outs, goalkeepers need to be in brilliant shape ahead of any international tournament and these tournaments provide them with copious room to shine.

The goalkeepers that I have outlined in this article are just some of the excellent goalkeepers that will be competing in the world cup in Qatar. If you are as excited as we are, you should do your own research into the starting goalkeepers for each side and place your bets accordingly. I hope that you have found this article to be insightful. Thank you for reading.