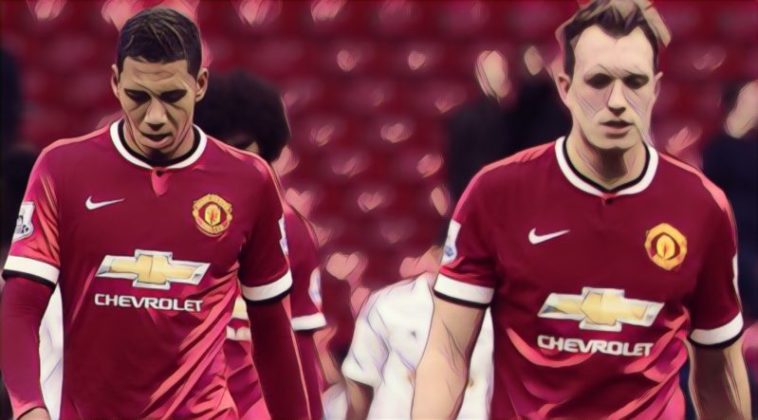 When Manchester United’s legendary manager Sir Alex Ferguson bought centre-back pairing Phil Jones and Chris Smalling in 2011, both their signings were hailed as the future of the Old Trafford club’s defence.

A generation of Red Devil’s fans had become accustomed to the stability and class of Rio Ferdinand and Nemanja Vidic forming a rock solid partnership at the heart of defence, that ushered in one of the most successful periods in the club’s illustrious history.

With both players coming towards the end of their careers, Ferguson’s decision to invest in England’s two most highly rated centre halves seemed like a smart investment for the future.

However, what we did not know then, was that future would be one of awkwardness, mistakes and below par performances.

Jones and Smalling have now made over 300 Premier League appearances for United, but it’s hard to argue that either have really improved as players over their six season’s at Old Trafford.

Jose Mourinho’s side have lost their last two away fixtures, and both players inadequacies played a major part in their teams downfall.

During United’s dismal 2-0 defeat to Spurs at Wembley recently, both players were simply bullied and outclassed by Harry Kane. Jones’ own goal was not unlucky, it was purely down to his own lack of quality. As the ball approached the 25-year-old on the edge of the six yard box, he sliced it horribly with his right foot into the top corner of David De Gea’s net.

The problem is that for any elite level defender it should have been a routine clearance with their left foot, but Jones obvioulsy does not have the technical ability or believe in himself to execute such a rudimentary piece of play.

As much as the former Blackburn man looks to be a decent bloke and a dedicated professional, he has had enough chances over the years to prove he is good enough to play for a club with the type of aspirations Man United have, but he has repeatedly fallen well short of what is needed.

In fact, his only real stand out ability is constantly looking like an accident waiting to happen.

Smalling on the other hand was at his very worst against Newcastle during his sides 1-0 defeat at St.James Park last Sunday. His lack of quality on the ball is an embarrassment for any Premier League player.

The 28-year-old actually has to turn his whole body in the direction he is about the pass the ball in. It’s reminiscent of a Grandad with arthritis playing kick about with his Grandkids in the back garden.

Opposition team’s are now quite obviously just allowing him to have the ball, knowing full well that the most predictable of passes – out to right-back Valencia usually – is about to come and it makes it extremely easy for other teams to get back into their shape and stifle United’s attacking players.

Especially against team’s that defend deep it’s essential that at least one of your centre-back’s is comfortable enough on the ball to do more than constantly pass it across the back or back to the goalkeeper. It seems Jose Mourinho is already aware of this problem, and this is why Swedish centre halve Viktor Lindelof was brought to the club this summer from Benfica. Although he has struggled badly, and looks away short of being a composed presence at the back for United.