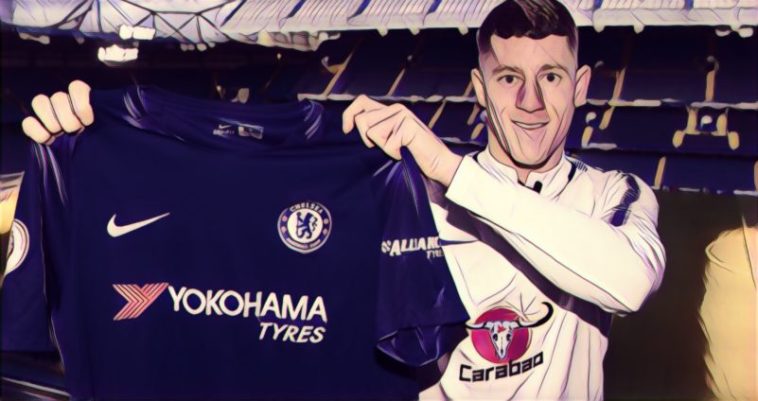 Ross Barkley completed a £15 million move from boyhood club Everton to current Premier League Champions Chelsea this week, and the Stamford Bridge club’s decision to sign one of England’s most hyped young players for a fee that represents peanuts in the current transfer market seems like a no brainer.

Barkley is undoubtedly a hugely talented player with massive potential. You would have to be blind not to recognise that. He possesses all the technical and physical attributes necessary to eventually become world class.

The biggest problem, and most Evertonians would agree, is that it really is just potential. You rarely hear his name without that word being mentioned in the same sentence.  In truth it’s hard to argue that Barkley is actually any closer to fulfilling that “potential” than he was 3 or 4 years ago.

There have been plenty of flashes of brilliance since he broke into Everton first team, but he has never been able to consistently produce over the course of a season. Sure there have been 5 or 6 game streaks when he has scored a few belters and layed on a couple of slick assists, where it looked like he will finally kick on and start fulfilling that much vaunted potential.

Invariably however, these periods of excellence are normally followed by a period of regression. You only had to listen to the reaction of the Goodison crowd when Barkley misplaces a pass or makes a poor decision in the final third to gauge the level of frustration his own fans had grown to feel about his inconsistent performances.

Barkley was of course also heavily linked with a move to Spurs and he has since stated that the main reason he choose Chelsea was because he felt he will have a better chance of winning silverware at Stamford Bridge. Whilst I don’t deny that this is true, it would be naive to ignore that a higher salary was also a motivating factor.

In fact, during the summer when Spurs were favourites for the 24-year-old’s signature it was reported that Barkley wanted the type of money that would force the club to smash their much publicised wage structure.

For Spurs to make Barkey their top earner and risk disharmony amongst their squad you would expect a significant upgrade to the players that are already at the club. Basically, for that kind of an outlay a club like Spurs would be expecting the finished article and not merely potential.

When comparing Barkley’s stats to other attacking midfield players in the current Spurs squad and even the man brought in to replace him at Everton, it became increasingly difficult to justify his signing.

Barkley finished last season with the lowest amount in both goals and assists. In fact if you take the entire amount of goals and assists he has contributed since he broke into the Toffees first team in 2011, some of Spurs’ players surpassed his numbers in a single season.

In Barkley’s entire Everton career he has scored 21 goals and assisted 19. Three of Spurs’ attacking midfielders; Eriksen, Alli, and Son all racked up numbers in the last season alone that either bettered or came close to Barkley’s career stats. Sigurdsson, on the other hand had better stats playing for a team fighting against relegation.

There is of course the school of thought that says Barkley will benefit from a move away from his home town Liverpool where at times he struggled with the pressure of being the City’s next big thing. The flip side to that is of course, and something that he will soon discover is that things like time and patience are at a premium at Chelsea.

Stamford Bridge is not the kind of place were young players are given a bedding in period – you either hit the ground running straight away or are sent out on loan and sold on for a hefty profit in no time. In fact, the cynics amongst us may even point to the fact that in the current transfer market even if Barkley simply does ok at his new club he could easily be moved on for a substantial profit.

It will also be really interesting to see what method of man management Antonio Conte chooses to deploy in order to get the best out of the talented youngster. Both his previous managers at Everton tried contrasting methods with little or no difference in results; Roberto Martinez went for the approach of bigging him up and mollycoddling, whereas Ronald Koeman went for the tough love approach.

Another issue which plagues Barkley is that like so many other young English players with huge amounts of potential, even after five seasons of first-team football nobody is really sure what his best position is. Is he a number 10, an attacking midfielder, should he play from the left or the right of midfield ?

Of course, people will spout rubbish like he’d be best in a free role, but so would every other attack minded player in world football, the fact of the matter is that only a very select few are ever given that type of luxury by a coach.

At Chelsea, Eden Hazard has revelled in the central role behind Alvaro Morata so Barkley has little chance of dislodging the brilliant Belgian from that particular position.

In terms of playing in central midfield there would of course be serious questions as to whether he could a better job than Cesc Fabregas in the creative role, and on the wings again you would have to wonder if he is a better option than Pedro or Willian. All of these players have already proven time and time again that they can produce at the highest level.

The more I look at this deal the more questions seem to come up, questions to which I am really struggling to come up with an answer.

However, as I said I do fully believe that Barkley has all the attributes needed to become a top class player, it is simply whether he has the mental strength to thrive at a club like Chelsea. A club were even some players with much more top level experience than the England international have struggled to make an impact. With all of this in mind it really makes me wonder if this is a good move for him.

Quite simply the time for excuses is over and Barkley now has to grow up and knuckle down fast if he is to succeed at his new club, as otherwise he will be cast aside with little thought, unlike at Everton were mistakes by their next big talent were tolerated.

Let’s just hope that the 24-year-old is ready to take the next step in his career, and doesn’t end up on the ever growing scrap heap of much hyped young English players who never fulfilled their POTENTIAL.