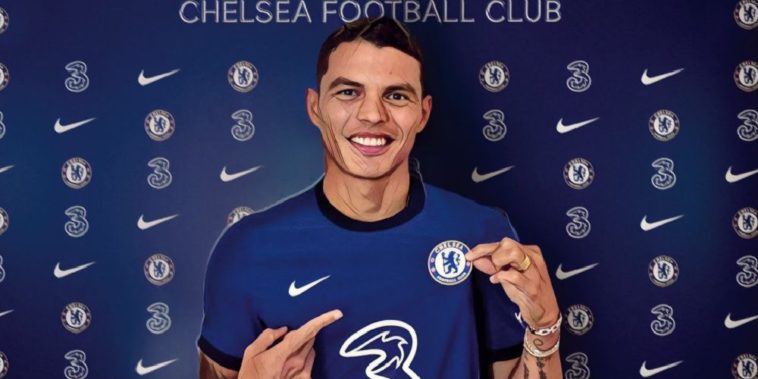 Thiago Silva has been backed to be an ‘excellent fit’ at Chelsea after the defender completed his free transfer move to Stamford Bridge.

Chelsea’s impressive summer of recruitment continues with the signing of the former Paris Saint-Germain captain on a one-year deal, the Brazilian international arriving to bolster Frank Lampard’s centre-back options and will bring a wealth of experience to an emerging side.

The 35-year-old has been regarded as one of the finest defenders of his generation, winning the Serie A title with AC Milan before moving to France eight years ago, where he has since formed part of a dominant PSG side which has won seven league titles in the past eight campaigns.

Silva was surprisingly allowed to depart the Parc des Princes at the expiry of his contract despite playing a key role in PSG’s run to a maiden Champions League final, and the veteran will bring some much-needed know-how to a Chelsea backline which struggled for solidity throughout much of last season.

The west London side conceded more goals than any other side in the Premier League’s top half and Lampard will hope the arrival of a proven high-quality performer can be the perfect short-term solution to his side’s defensive woes.

Silva’s signing was confirmed via the club’s website, with director Marina Granovskaia hailing the capture of a ‘proven world-class’ performer, the defender becoming Chelsea’s fifth major signing of the summer after the arrivals of Hakim Ziyech, Timo Werner, Ben Chilwell and Malang Sarr.

“We are delighted to be able to add a player of Thiago Silva’s proven world-class credentials to our squad,” Granovskaia told the club website.

“Having performed at the highest level for many years, we have no doubt his experience and quality will complement the many exciting talents we already have here.

“Thiago will be an excellent fit and we hope he can add some new trophies to his impressive list of honours.”

Silva added: “I am so happy to be joining Chelsea. I am delighted to be a part of Frank Lampard’s exciting squad for next season and I’m here to challenge for honours. See you soon Chelsea fans, I look forward to playing at Stamford Bridge very soon.”