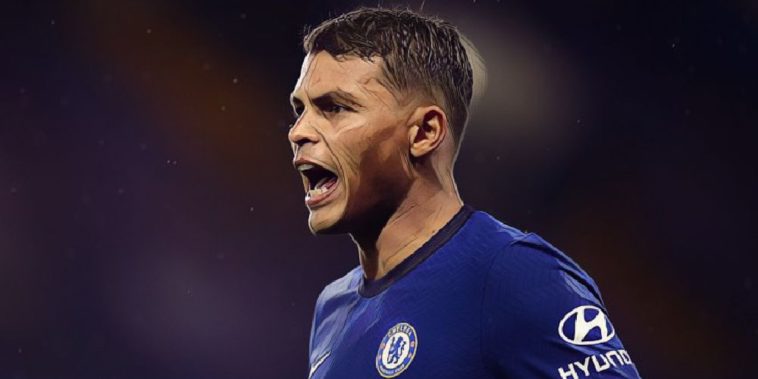 Thiago Silva is likely to be offered an extension to his Chelsea contract, though David Alaba has been told to drop his ‘eye watering demands’ if he wants to move to Stamford Bridge this summer.

Silva signed for the west London side on a free transfer during the summer following his departure from Paris Saint-Germain and has impressed during his debut campaign in the Premier League, the veteran adding quality and leadership to a backline that had struggled last season.

The 36-year-old is understood to be a popular and positive influence in the dressing room and the Telegraph are reporting that, barring any unforeseen circumstances, Chelsea will take up the option of extending the Brazilian’s one-year contract which is set to expire at the end of the campaign.

The decision to extend Silva’s deal is also ‘unlikely’ to impact the Blues’ pursuit of Alaba, with Europe’s leading clubs chasing the Bayern Munich defender who will be available on a free transfer this summer.

Real Madrid are the favourites to sign the Austria international, though the 28-year-old’s wage demands are believed to have put off a number of suitors with Alaba demanding an annual salary of £20m – a figure which equates to around £400,000-a-week.

That figure would make Alaba comfortably Chelsea’s highest-earning player and his demands are unlikely to be met by Thomas Tuchel’s side, making a deal difficult unless there is some compromise between the two parties.

Chelsea have considered a list of alternative centre-back options ahead of the summer window, with fellow Bayern Munich defender Niklas Sule and RB Leipzig duo Dayot Upamecano and Ibrahima Konate also being monitored.