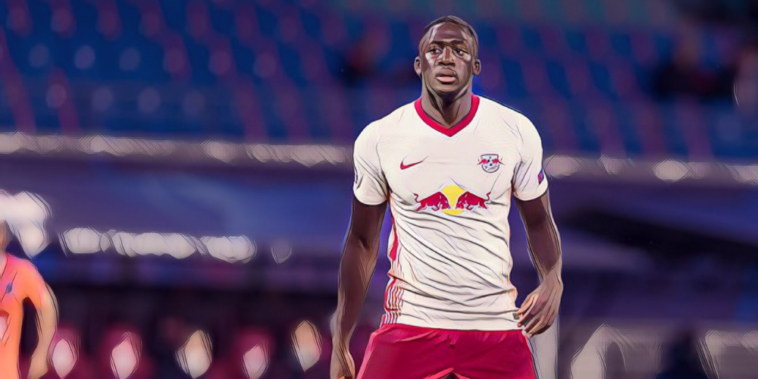 Manchester United have joined Liverpool and Chelsea in showing an interest in RB Leipzig defender Ibrahima Konate as the Premier League sides assess their centre-back options this summer.

Each of the trio have targeted a move for fellow Leipzig prospect Dayot Upamecano whose €42m release clause will become active this summer, though Bayern Munich are understood to be leading the race to sign the 22-year-old from their Bundesliga rivals.

Konate has now emerged as an alternative target and Manchester United have now reportedly joined both Liverpool and Chelsea in expressing an interest in the youngster, with Ole Gunnar Solskjaer seeking reinforcements at centre-back.

Harry Maguire has been an ever-present figure in the side since his world record move from Leicester, though Victor Lindelof has largely failed to convince and both Eric Bailly and Axel Tuanzebe have suffered with injury problems.

According to the Independent, the Red Devils view Konate as an ‘increasingly attractive option’ given his performances alongside Upamecano for Leipzig, the 21-year-old having made 75 appearances in all competitions since moving to Germany as a teenager.

Konate is an imposing figure and highly-regarded at the Red Bull Arena, though his injury record will be a concern to potential suitors with the France U21 international having made just four league starts this season following hip and ankle injuries respectively.

Like Upamecano, Konate is understood to be attainable this summer given the presence of a release clause in his contract with the figure reported to be around €40m.

Read – Martial in the Middle: War over Man United striker exists in the Generation Gap