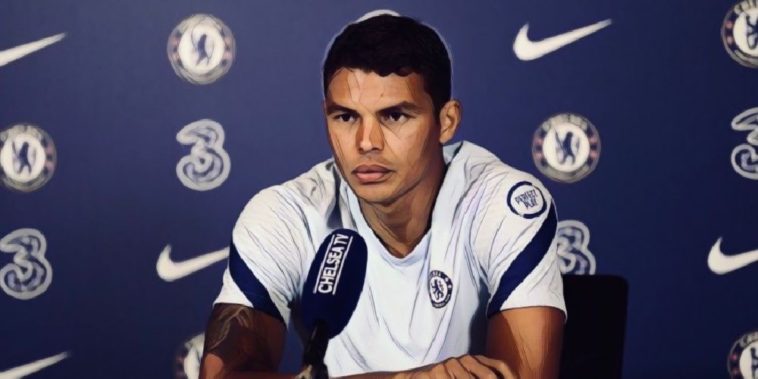 The 36-year-old arrived at Stamford Bridge this summer off the back of a trophy-laden spell with French giants PSG, the central defender playing an integral role as his side claimed seven Ligue 1 titles in the past eight seasons.

Silva is one of six – soon to be seven – major signings for Frank Lampard and co this summer, the veteran defender hoping to add some steel to a seemingly inexperienced and flaky defensive unit.

The Blues have pulled off a major coup in persuading the former AC Milan defender to move to London, the signing perhaps an indication of the newfound appreciation for the English game which has moved away from its archaic and basic long ball brand of football and has instead developed into a more technical brand of play that still incorporates the pace and physicality that makes Premier League football so unique.

Silva himself has expressed that he while he once was unimpressed by England’s ‘difficult style of football’, he has now been ‘won over’ by what he’s seen in recent years.

“I’d never really seen myself in the Premier League previously because I saw it as a difficult style of football, personally,” Silva told a press conference.

“I didn’t have any desire to play in the Premier League because my impression was that the football being played was of long balls. At the time I couldn’t see myself playing in that league.

Whose birthday is it?

“I’d seen it as being characterised by long balls and that didn’t really appeal to me. I know how to play that way but my preference was to play football on the ground, I knew my quality.

“But little by little the Premier League has really won me over and anyone that knows me can confirm that.”

With his reservations over the quality and style of English football now behind him, Silva can now prepare for his Blues debut having missed his side’s opening two fixtures of the season, Lampard’s men claiming victory over Brighton on the opening weekend, before suffering a setback against title holders Liverpool on Sunday.

The Blues have little time to reflect on that defeat as they prepare for a Carabao Cup Third Round encounter with Championship side Barnsley on Wednesday evening, a clash that could well see Chelsea’s new man make his debut, with Lampard revealing that both Silva – and fellow new signing Ben Chilwell – are in the squad for the fixture.

“Thiago Silva is in the squad for tomorrow,” Lampard told the media on Tuesday afternoon. “He’s getting fit so I’ll make a decision on how many minutes he may get during the game depending on what’s best for him.

“Ben Chilwell is also in the squad, while Christian Pulisic and Hakim Ziyech are getting closer as well.”