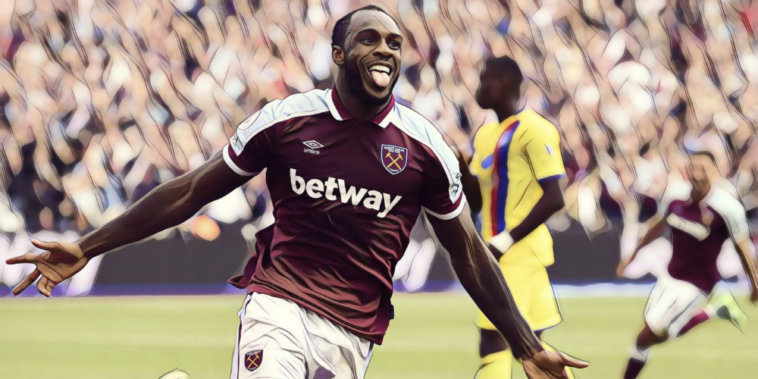 It would be an exaggeration to claim that all the players celebrated below transcend tribalism. They don’t. An Arsenal fan is going to hate on a Spurs star and a United supporter is going to hope a City player steps on a plug every morning when he wakes up.

That’s how football is. That’s how it goes. Even if Dame Judi Dench played up front for your rival, you’d consider her a rotter.

Still, these eleven come closer than most to at least being universally tolerated, maybe even liked. They’re good eggs basically, and in a world where footballers tend to get a bad rap that deserves to be recognised.

We have no conceivable knowledge whether Ramsdale is a nice guy or not. He may be an absolute sweetheart. Or he may crush Dreamies underfoot in front of kittens, then laugh into their little, adorable faces.

What we do admire however, is his story arc, that’s seen the 23-year-old emerge without much acclaim at Bournemouth and Sheffield United, before moving to Arsenal amidst widespread mockery towards his transfer fee.

You can just tell how much it meant.

How did the Stoke-born stopper respond to all this disrespect? By smashing his early auditions and almost immediately forcing his way into Gareth Southgate’s reckoning on the international scene. His passion and personality meanwhile have already made him a firm fan favourite in North London.

Sure, it can grate at times how often commentators and journalists talk up Milner’s professionalism and longevity. You’d think the versatile Yorkshireman was in his forties and not two years younger than Thiago Silva.

All the same, Milner can’t be blamed for all that, and his whole-hearted performances, in a number of different positions, remains endearing and perhaps even a touch inspiring.

On this day in 2002 I made my Premier League debut. Maybe in another 19 years, I might fit the shirt 👀 #Mot #mighttakeoffinastrongwind #notdoneyet pic.twitter.com/uAxx4vQ7yL

It matters too, that he is clearly a thoroughly normal guy unaffected by being in the public eye for all his adult life.

When Clarets captain Mee condemned a banner that read ‘white lives matter’ that was flown over the Etihad last year ahead of a league game, he was rightfully applauded by one and all. The Burnley supporters who had paid for the aeroplane, complete with the offending message designed to protest against players taking the knee, probably expected some backlash but probably too, didn’t anticipate the criticism to be led by one of their heroes. Yet here he was, speaking out against them in the strongest possible terms.

When revisiting the interview, what stands out is that the issue is raised voluntarily by Mee, without being prompted, so disgusted was he by what he witnessed.

“These people need to come into the 21st century and educate themselves,” he concluded, sporting an armband that genuinely stands for something.

Mings is that rare breed, being a player who has experienced real life prior to entering the gilded bubble of professional sport. And it shows.

When very young his family were housed in a homeless shelter and he has paid his good fortune forward ever since, working with community projects from his days at Ipswich onward.

A stint as a mortgage advisor before he broke through also means this is an individual who evidently knows the value of things, whether that be a loaf of bread or possessing good mental health. To his enormous credit, the defender has spoken candidly and on several occasions about his struggles with depression.

Okay, so we struggled with left-backs. Maybe being left footed and defensively minded distorts some brain chemistry and makes that player a bit of a knob?

Thankfully, Tierney isn’t a bit of a knob. He’s a down-to-earth, decent fella.

Footage last year revealed an array of Emirates favourites stepping off the team bus ahead of a game, all brandishing the latest designer washbags, the types that cost more than a family saloon. Not the keeping-it-real Glaswegian however, who strolled into the ground clutching a used Tesco bag. It probably had Lynx Africa in it too.

🗣️ "I had my dirty boots… I was like I don't have any other bag so I'll just get the closest Tesco bag to me."

Kieran Tierney opens up about life at #AFC and his reputation for being down to earth, wearing short sleeves in the cold and carrying his boots in a plastic bag 👇 pic.twitter.com/Jta5nJR8JQ

Such pragmatism is true-to-type for a player whose mum held down three different jobs throughout his childhood to put food on the table.

If Henderson isn’t divisive as a combative midfielder for a club that strongly splits opinions, then frankly, he is not doing his job correctly.

Off the pitch however, as the world endured the worst of the pandemic, the 31-year-old stepped up and displayed his immeasurable class, getting involved with a foodbank scheme on Merseyside before contacting every other Premier League captain to organise a collective fund-raising initiative. It ultimately raised millions of pounds for the NHS.

“I can only imagine how tough it's been”

Elsewhere, there are examples aplenty of the England international helping out fans who ignore his request to keep his generosity private and instead share on social media. In Henderson, Liverpool have a skipper to be proud of.

The silky Spaniard has a legitimate claim for being the nicest man in football with countless examples freely available of the midfielder reaching out to injured players – team-mates or otherwise – and helping youngsters coming through. He is also known to give fans more than a quick selfie and handshake, instead chatting to them as a friend.

His launching of the Common Goal initiative in 2017, however, took his loveliness to new heights, with the aim of getting his fellow professionals to pledge 1% of their earnings to charity. To date, 200+ have agreed while Adidas give 1% of their global net sales from footballs. That’s a lot of footballs.

In a 2019 interview with the Player’s Tribune, the Belgian revealed the depths of his self-deprecation, when a friend tried to set him up on a date. “Come on. People don’t like me. They don’t get me,” was how the fabulously rich and nominally handsome athlete responded. The interested girl is now his wife and they have three children.

If De Bruyne is endearingly shy off the pitch, on it he is expressive and confident, bestowing us with a wealth of fabulous football that makes the heart sing regardless of allegiance. He is nothing but a pleasure to watch.

The French winger’s bulldozing, mazy dribbles are pretty much the only reason to watch an otherwise moribund Newcastle at present while on social media his fantastic and kind personality shines through.

Last April, a Liverpool fan’s request on Twitter that he head to Anfield at the expense of Sadio Mane spectacularly backfired when Saint-Maximin reacted thusly: “I know you think this is a nice message to me but I don’t like this. Be respectful to him please. You are ungrateful. He did and he’s doing a lot for Liverpool and there is still a long way to go before I could reach his level.”

Where do you start with a player who has single-handedly ensured that millions of children do not go hungry during school holidays and beyond? Let’s start there. That’s a good place.

The campaigning and fund-raising from this thoroughly ace Mancunian is commendable in the extreme but perhaps it is the rare integrity he has consistently shown when taking on a government and all its grubby mechanisms, as well as a legion of Brexity, gammon-scoffing critics, that elevates his decency to another plateau.

Marcus Rashford has dedicated his MBE to his mother 🎖️

She helped him become the man he is today ❤️ pic.twitter.com/CDcP8Ht4wW

He’s not a bad forward either.

From banging in goals for Tooting and Mitcham United to challenging for the Premier League Golden Boot award in a Hammers jersey, this popular forward has remained exactly the same: self-effacing and always quick to humour, while on the pitch his honest endeavour – and considerable ability – has created a genuine connection to the West Ham fan-base.

Antonio is a superstar with an ‘ordinary’ demeanour. In short, he is the best of both worlds.