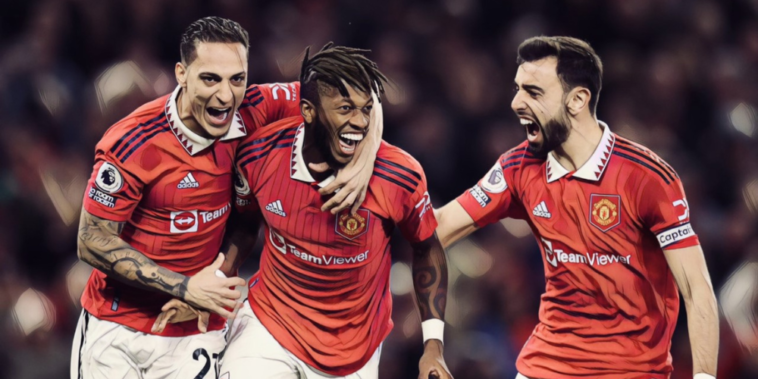 Bruno Fernandes has hailed a ‘perfect performance’ from Manchester United as the club closed the gap on the Premier League’s top four with a 2-0 win over Tottenham.

United were well worth the win in a dominant performance at Old Trafford, as goals from Fred and Fernandes earned a statement victory for the home side.

Spurs were reliant on an excellent performance from Hugo Lloris to keep the scoreline respectable, with the France international making a string of saves as the Red Devils produced their best performance under Erik ten Hag’s management.

Fred’s deflected effort opened the scoring two minutes into the second half, before Fernandes’ precise finish doubled the lead and ensured all three points.

Fernandes expressed his delight at an impressive performance from his side and called on United to maintain momentum as the club look to challenge at the top end of the division.

“Everyone is really pleased, it was a great performance and the perfect performance,” Fernandes told BBC Sport. “We have to keep going, understand it is a process win or lose and we have to keep the focus and carry on.

“We know the quality we have up front, we know we can be dangerous so if have chances to shoot we have to have the belief we can score. Marcus Rashford didn’t score today but did so much, Jadon Sancho too and he was involved in Fred’s goal.”