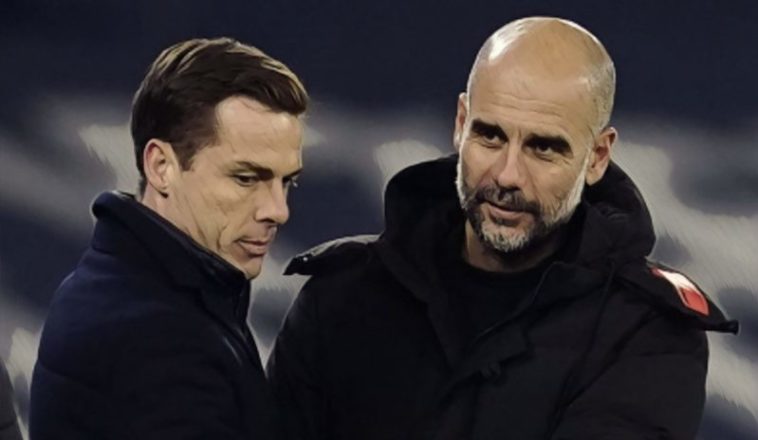 Pep Guardiola has praised a ‘new generation’ of managers in the Premier League and believes more teams demonstrating ambition will lead to a greater spectacle.

Manchester City host Fulham in the Premier League this weekend with the visitors still mired in the bottom three, though the west London side have been praised for their performances on occasion this season including a 1-0 win at Liverpool last weekend.

Guardiola has praised the ambition of sides at the bottom of the division for playing football in an entertaining manner, having seen his league leaders challenged during the 5-2 win over Southampton in midweek.

The Spaniard was asked if he admired the courage to play the same way even when results aren’t forthcoming and praised the approach of a ‘new generation’, believing the quality in the lower half of the division is at its highest level since his arrival at the Etihad.

“A lot. It is what I admire the most. What I admire is that when it is not going well they continue to do it and at the end the results come.” Guardiola told his pre-match press conference.

“They make the sport nice, when both teams want to attack and create, not just wait for one mistake.

“I have the feeling that all the new generation of managers have this quality.

“All the managers in Germany and Spain, play like they manage Bayern Munich.

"He is younger. He has hair. He is better than me. I accept a draw."

“If I was a spectator I would prefer to watch the first 15 minutes of the game against Southampton.

“They have the courage to play. That doesn’t mean you don’t defend. Nothing is guaranteed with 11 players in the 18-yard box that you’ll have the success to win.

“Nobody knows that. That’s why I prefer it as a spectator. I think all the new generation of managers are saying we’ll do our game rather than wait to see what the opponents do.”