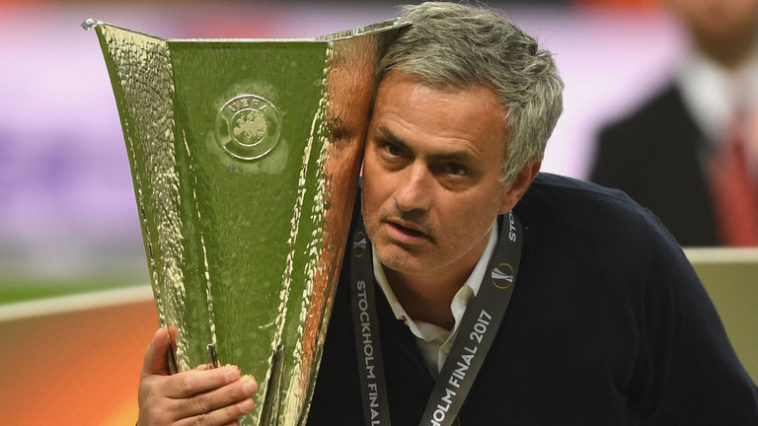 Having focused solely on Europa League glory for the last few games of the 2016/17 season, Manchester United and Jose Mourinho would have looked quite foolish if their gamble had failed. However, the Red Devils’ 2-0 victory over Ajax in the final of this competition means that they have now secured Champions League football for the new campaign.

Never mind that qualification has come via the ‘back door’; United supporters are likely to forgive Mourinho for finishing outside of the Premier League top four now that they have an extra piece of silverware. For 2017/18, however, the target must be a shot at the domestic title.

Ajax’s Davy Klassen slammed United’s tactics and accused them of being lucky as they sat deep and used the long ball to overcome their Dutch opponents. In reality, the result rarely looked in doubt after Paul Pogba opened the scoring as early as the 18th minute. Henrikh Mkhitaryan continued an excellent scoring run in Europe as the Armenian doubled United’s lead three minutes after the break and from that point, the trophy was only heading in one direction.

The stats from the game might, however, disagree with the theory that United enjoyed an easy 90 minutes. Ajax won possession by 69% to 31% and had more shots on goal – 17 to their opponents’ seven. However, of those 17 Dutch attempts, only three found their target while United had the edge here with four on-target efforts.

That was another small, but important, difference between the two sides: United were widely tipped to win the game while keeping a clean sheet at the same time, and Mourinho’s men were simply tighter at the back while more clinical in front of goal. The manager’s gamble paid off and Manchester United will be back in elite European competition once again for 2017/18.

As the 2016/17 Premier League season came to a close, Tottenham’s win over Arsenal on April 30 meant that Manchester United could not finish in the top four. Realistically, the best that the club could hope for was a win in the Europa League final which, under the current rules, gives automatic entry into the Champions League for the following campaign.

Jose Mourinho chose, at that point, to make a tactical gamble and to rest and rotate the first choice players in his squad. In came youngsters such as Scott McTominay, Angel Gomes and Josh Harrop, who opened the scoring against Crystal Palace in United’s 2-0 victory on the final day.

Alongside the impressive Harrop, United’s youngsters acquitted themselves well in the last two games, drawing away to Southampton ahead of that win over Sam Allardyce’s Palace. It was a gamble that, had it not succeeded, would have left Mourinho looking foolish, but with European silverware secured, it’s now a case of mission accomplished.

On an emotional night for supporters and for Manchester as a whole, United’s triumph will suffice as far as Mourinho is concerned. If you include the Community Shield (as he certainly does), the club won three trophies in 2016/17 and that’s surely not a bad return for anyone in their first season.

As Mourinho’s predecessor Louis Van Gaal discovered, however, mere silverware gained from the knockout competitions will not be enough to appease the Old Trafford faithful in the longer term. It will, therefore, be an extremely important summer for the club and Mourinho’s decisions on personnel will be crucial.

As United found out themselves when they broke a British transfer record to bring in Paul Pogba from Juventus, spending huge amounts of money is no guarantee of success. However, that won’t stop the club from going back into the transfer market with another vast war chest and they may even break that record once again, with two interesting links from either side of Madrid.

Atletico’s Antoine Griezmann is believed to be a long-term target of United and, with Zlatan Ibrahimovic looking increasing unlikely to be part of the Old Trafford setup next season, the chief aim is to find a prolific goalscorer to replace the Swede.

Prior to his unfortunate injury, Ibrahimovic had scored 17 goals in 28 league games for United while adding another 11 in all cup competitions. At one stage, deep into the campaign, that tally was more than the rest of the club’s strikers combined so, can Griezmann fill that gap?

In Spain, the French international has scored 83 goals in 160 games and a rate of better than one goal in every two matches is an impressive one, no matter where you happen to be playing. Away from the big two clubs – Barcelona and Real Madrid – it’s a tally that suggests you are among the elite and it’s no surprise that the reported fee for Griezmann would, at the very least, match the £89m that Manchester United paid for Paul Pogba last summer.

Across the city, it’s also being reported that United are lining up a deal for Real Madrid’s Colombian midfielder James Rodriguez. The former Monaco man came to prominence in the 2014 World Cup as his country went deep into the competition and, at the conclusion of the tournament, Real beat off a number of potential suitors to take Rodriguez to Spain for a fee in the region of €80 million.

It’s not, however, been a happy time for the 25-year-old and in three seasons at the Bernabeu, he has yet to command a regular first team place. That scenario is unlikely to be repeated at Old Trafford and reports suggest that Manchester United will be laying out a further £50m to end Rodriguez’s Madrid misery.

On the final day of the 2016/17 Premier League season, John Terry was substituted by Chelsea boss Antonio Conte and received an extended farewell as he left the pitch in his last match for the club. In Stockholm a few days later, Wayne Rooney was introduced as a substitute by Jose Mourinho. There was less fanfare but it’s felt that the sentiment was the same.

England’s record-breaking goalscorer Rooney is widely thought to have played his last game for the club. A peripheral figure for much of this most recent campaign, the striker has been effective at times but clearly, he doesn’t form part of the manager’s plans.

Another player linked with a move away from Old Trafford is Chris Smalling. It’s been an impressive spell at the club for the defender, during which he has been called up to the full England squad, but there is a feeling that he isn’t going to develop and fit into Mourinho’s style of play.

Michael Carrick and Phil Jones are two more players who are likely to be on the fringes of the starting XI next season and both men will have to decide whether that’s acceptable at this stage in their respective careers.

Jose Mourinho was very critical of the UEFA rule that allows teams that have been eliminated from the Champions League to drop down into the Europa. He would, however, have been appreciative of the much more recent rule change that sees his Manchester United team take their place in next season’s Champions League by virtue of their victory over Ajax in Stockholm.

Manchester United fans will doubtless be satisfied with the three pieces of silverware that currently occupy their trophy cabinet but they won’t be fooled indefinitely. The most successful side of the Premier League era will demand, at the very least, that the club finishes in the top four next season and makes some form of challenge for the title.

For now, Mourinho is safe but the improvement on David Moyes and Louis Van Gaal still falls some way short of the achievements of Sir Alex Ferguson. The current manager may not come close to those feats but, after a season of improvement, further progression is necessary for 2017/18.