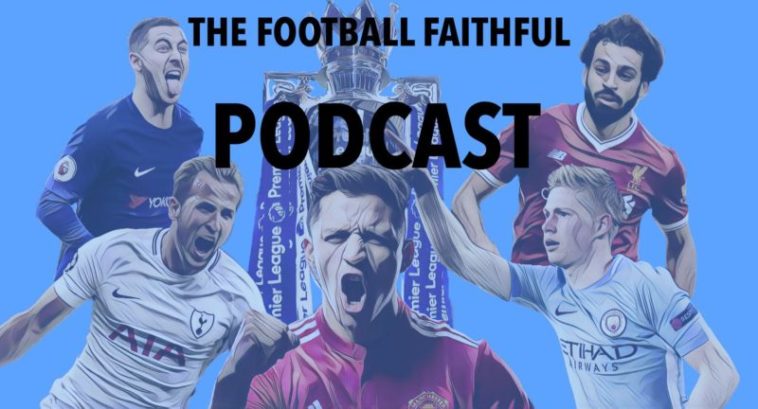 It’s that time of the week where you kick back relax, and let the Football Faithful Podcast crew talk you through the goings on in Premier League land.

As to be expected this show is very much dominated by the epic title race that has unfolded between Jurgen Klopp’s Liverpool and Man City. It all got a bit weird to be honest, with Liverpool fan Danny claiming City will win the title, and Man United fan and self-confessed ABL merchant Peter arguing that the Premier League title is headed to Anfield.

Colm and Peter have been pretty adamant over the last few months that Ole Gunnar Solskjaer was just a short term fix for Manchester United, and that the club should go all out to get a coach that is proven at the top level like Mauricio Pochettino.

Now with the Red Devils having lost four of their last six games and having looked hugely unconvincing during last weekend’s win over West Ham, both are a bit concerned about their sides current form and a potentially chaotic summer at Old Trafford.

There is also a lengthy discussion on Man City v Spurs Champions League quarter-final second leg, and some contrasting views on who will go through to the last four.

As always we have all our usual weekly features like Moment of the Week, The Quiz, and POTW – with regular listeners knowing that the P doesn’t stand for Player or Performance.