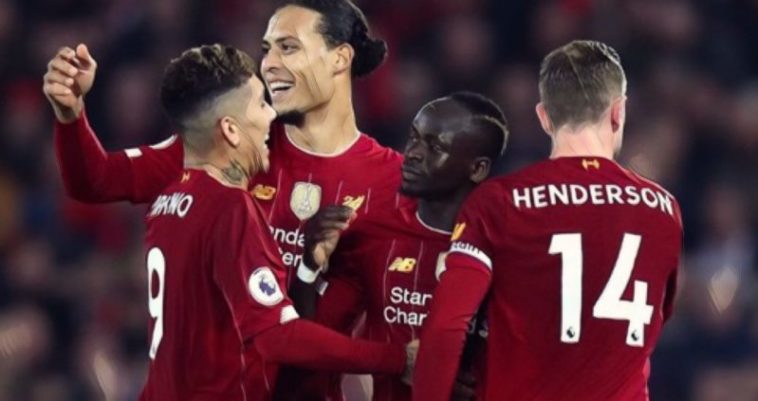 Pep Guardiola has lavished praise on Jurgen Klopp’s Liverpool side, as they close in on claiming their first league title in three decades.

Liverpool have been in sensational form this season, collecting an unprecedented 67 points from their opening 23 games, the only blemish on their record a 1-1 draw with Manchester United back in October.

Their unerring ability to collect all three points week in, week out, has seen the reigning European champions open up a 16 point advantage over Man City at the top of the Premier League, while they still have a game in hand.

For a long time, Pep Guardiola insisted his side would fight until the end to regain their crown, though has recently conceded that his back-to-back title-winning side are now just battling for second, and speaking ahead of today’s FA Cup tie with Fulham, the former Barcelona boss pointed out that his side would be in the thick of the title race in any of Europe’s other top divisions if it weren’t for Liverpool’s ‘phenomenal’ form.

“This team, what they have done in the last two seasons, especially the last one, was incredible,” Guardiola told his pre-match press conference.

“I have said many times what happens to the champions of the Premier League when they start to drop points and they cannot get the first (place). What happens with those teams? They fall down, they drop – and we wouldn’t.

“In the recent past when Chelsea won the league, the next season, they didn’t qualify for the Champions League, Leicester the same and Chelsea again the same. When we won the league we repeated the league.

“But Liverpool are just fantastic, phenomenal, overwhelming. So we have to accept it and learn from that.”

At their current rate, Liverpool are on course to smash Man City’s 100 point record set in 2017/18, and are also still on track to match Arsenal’s legendary ‘Invincibles’ side of 2003/4.