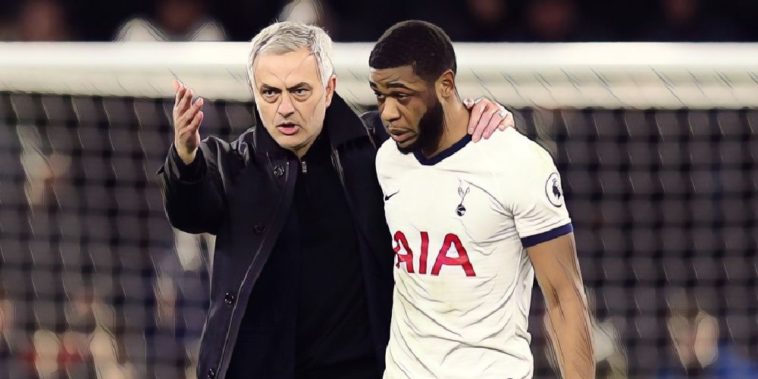 Japhet Tanganga has discussed his breakthrough at Tottenham and admits it has been a ‘learning curve’ since being handed his first-team debut at the north London side.

Tanganga was handed his full Premier League debut against league leaders Liverpool last month, the academy graduate producing an assured display and since going on to become a regular in the senior side under Jose Mourinho.

The versatile defender has featured in a variety of roles across the backline since making his first-team bow, recently starring in an unfamiliar position at left-back and proving to be a valuable member of the Spurs squad.

The 20-year-old has now opened up on his breakthrough and admits the challenge of playing in the Premier League has been ‘very testing’, but admits he is enjoying the ‘learning curve’ of playing first-team football as he bids to establish himself at the highest level.

“It’s been great, being able to play at this high level, but it’s also been very testing physically and mentally,” Tanganga told tottenhamhotspur.com.

“I hadn’t played left-back much before but honestly, these last few games that I’ve played have really helped my development, just understanding everything positioning-wise. I’m there to work, to do what the manager needs me to do and, to be honest, I’ll play anywhere. I’m happy to do the work for the team.

“This month has been a learning curve, but it’s been really good. You experience just how hard the players work and how hard you have to work – there’s not a moment in the game where you can switch off. That’s a difference from where I’ve gone from Under-23s football to first team football – I’m always focused, always concentrating because any slip-up and with the level of the players I’m playing against, they can get in at any time. It’s been very hard but very enjoyable as well.”