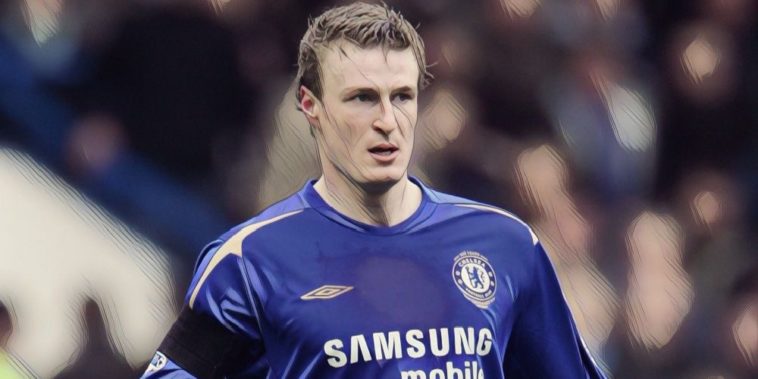 Robert Huth has spoken of his regret at moving to Chelsea in the early part of his career, admitting he was ‘young and stupid’ when deciding to move to Stamford Bridge.

The German defender would enjoy a long and successful career in English football, spending a 16-years in the Premier League at the likes of Chelsea, Middlesbrough, Stoke and Leicester – forming part of the latter’s famed title-winning side in 2016.

The now-retired Huth joined Chelsea as a 16-year-old and would make 62 first-team appearances for the Blues following his breakthrough, playing a bit-part role as the club secured back-to-back Premier League titles under Jose Mourinho. Despite that success, however, Huth has now spoken of his regret at moving to England in the infancy of his career.

“I was young and stupid,” Huth told Der Tagesspiegel. “There was actually no one particular reason. It was more like: why not? Money definitely didn’t matter. It wasn’t lucrative at all in the first few years. You don’t know how it goes. I didn’t think much about it either. Chelsea FC. That sounded good.

“They’d won the European Cup shortly before, Marcel Desailly played there, the 1998 World Champion. I just wanted to try it out. I think that was also the good thing: that I didn’t have any negative thoughts. Otherwise, I probably would have gone wrong.”

When asked if he would make the same move again, Huth was clear in his answer and believes it is important for young players to develop their talents before heading to one of the world’s biggest clubs.

“If my boy had an offer from, say, Spain, I would sit down with him first and explain to him how it really works. The reality looks like this: in the end, 1% of all youth players in the big academies can make a living from football.

“Nobody tells you that, of course. Nobody goes through the negative scenarios with you. It would be normal if you think about children”.