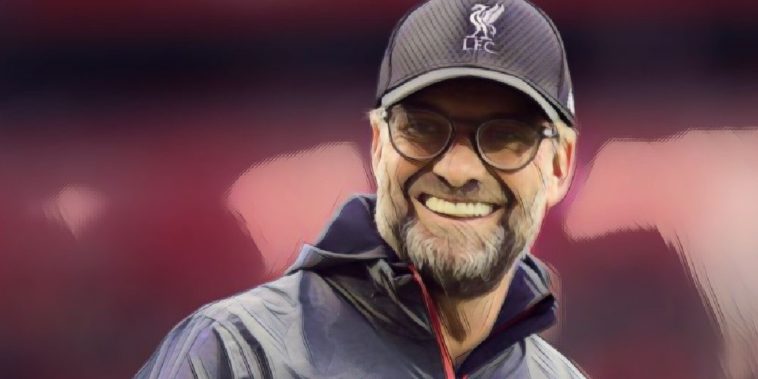 November’s international break has given Premier League managers a chance to assess their side’s fortunes so far, with each now having a clearer indication of their squad’s abilities following the opening months of the new campaign.

League leaders Liverpool will have been pleased with their unbeaten start after opening up an eight-point advantage at the top, though the struggles of Arsenal, Manchester United and Tottenham have been well documented and each have issues to resolve.

Arsenal – How to solve the club’s ongoing flakiness?

It’s been a familiar story for Unai Emery and Arsenal, who seemingly possess an ability to capitulate that has hindered their chances of securing a top-four finish and return to the Champions League.

Hopes were high at the start of the season following significant summer investment, though the club are already eight points adrift of fourth-placed Manchester City following an alarming run of results and performances.

Their away form remains a huge concern, though their squandering of leads over the opening weeks of the new season is perhaps their most pressing issue. Two-goal leads away to Watford and at home to Crystal Palace have resulted in draws, as has a clash with Wolves at the Emirates in which they also lead.

Arsenal’s inability to show pragmatism and preserve an advantage is yet another indicator of the lack of characters and leadership in their squad, whilst they continue to cry out for a commanding central defender who can marshal their backline.

Few anticipate Arsenal to secure results when they are under any form of pressure, a flaw that has been all too familiar in recent seasons of underachievement.

Chelsea – How to tighten up their leaky defence?

Frank Lampard’s arrival at Chelsea has been a breath of fresh air for the club, with the west London outfits former midfielder having placed his faith in youth and handed opportunities to their emerging talent.

Lampard has been widely praised for his impact since taking over at Stamford Bridge, though for all of the positivity surrounding the club, their defensive fragility will be a concern for the Chelsea boss.

Only Burnley have conceded more than Chelsea’s 17 goals of all the teams currently in the Premier League’s top ten, whilst their recent pulsating 4-4 draw with Ajax in the Champions League was further proof of their vulnerability.

Youngster Fikayo Tomori has become a regular and has impressed, though the 21-year-old is still developing and pairing the academy graduate with a more experienced partner will aid his development.

Antonio Rudiger’s absence for the majority of the season has hindered Lampard, who will be hopeful the German’s anticipated return next month can go someway to improving their defensive record.

So far, so good for Jurgen Klopp and Liverpool.

The league leaders have raced into an eight-point lead at the top of the Premier League, building a significant advantage following an unbeaten start to the season that has seen them win 11 of their first 12 games, a draw at Manchester United the only blemish on their record.

Top four rivals Leicester, Chelsea and Manchester City have all been beaten, as have Arsenal and Tottenham in a strong start to the campaign for the European champions.

A congested fixture schedule that will see the club play nine times in December – including the Club World Cup in Qatar – will be testing, but perhaps managing the expectations will be Klopp’s greatest challenge.

The weight of history has crushed Liverpool title challenges in the past as the club look to end their wait for an elusive league title, a wait that will extend to 30 years should they stutter once more this season.

Whilst the season is still in its relative infancy, an eight-point advantage and the fact Liverpool have lost just once in their past 51 league fixtures makes the prospect of the club lifting a maiden Premier League title a real possibility.

Klopp must keep the lid on the pressure, pressure that is only going to build should they move closer to the championship.

Vincent Kompany’s summer departure and the subsequent long-term injury suffered by Aymeric Laporte has left Manchester City’s defensive options depleted, a lack of options that has seen the Premier League champions fall nine points behind Liverpool in the title race.

Pep Guardiola has just two recognised central defenders in his squad in John Stones and Nicolas Otamendi, though the Man City boss has not been convinced by either player and has shown an obvious reluctance to pair them together at the heart of his defence.

Midfielder Fernandinho has been utilised as a makeshift centre-back, though could a switch to a back three provide City with the defensive security they have lacked in Laporte’s absence?

Kyle Walker has been utilised in the role previously with England, whilst the club possesses ideal wing-backs in Joao Cancelo and Benjamin Mendy.

Persisting with the back four and Fernandinho as a central defender in a back four has already seen the champions lose ground, can they afford to continue through the festive fixture schedule without change?

Laporte is set to return in the New Year and the January transfer window is looming, but could the damage have already been done should Guardiola not make changes if it hasn’t been already?

Ole Gunnar Solskjaer’s side have shown glimpses of recovery in recent weeks following a poor start to the season, though the club still seem to lack creativity and that has been detrimental to their hopes of pushing towards the top four.

United have scored more than one goal in just three of their Premier League fixtures so far, with two of those coming in clashes with Norwich and Brighton in recent weeks. The likes of Jesse Lingard and Andreas Pereira have struggled to show they can provide the forward line with clear-cut opportunities, with Daniel James their most creative player with just four ‘big chances’ created.

A forward line of James, Marcus Rashford and. Anthony Martial has shown promise since the latter’s return from injury, though their supply line must be improved if United are going to possess the firepower to put together a consistent run of results.

Paul Pogba’s return from injury next month could help solve the issue, despite United having struggled to find the Frenchman’s best position in recent times. Solskjaer seems to have settled on a midfield partnership of Fred and Scott McTominay recently with the duo showing promise, and allowing Pogba to roam ahead of the pair could prove to be the missing link.

Mourinho is back in the big time at Tottenham, the club having lost patience with Mauricio Pochettino during the international break following a torrid start to the season.

The club’s decline this season has perhaps been the most surprising of the top six sides to have struggled, having reached the Champions League final last season before finally backing Pochettino in the transfer market.

Uncertain futures surround several key players have not helped their cause, though there can be no denying the club have performed well below expectations with Spurs currently languishing in the bottom half.

Mourinho will want to galvanise the players, and quickly, as the look to climb out of the Premier League’s bottom half and his more pragmatic approach may help the club’s cause on the road.

Key to their poor run has been a torrid away record, the club having failed to win away from home in the Premier League since victory at relegated Fulham in January.

It’s their worst run without an away victory for almost two decades, with only bottom side Norwich having a worse record away from home this season.

If Spurs are to begin to climb the division and close the gap on the top four, they must learn to win on the road once again.