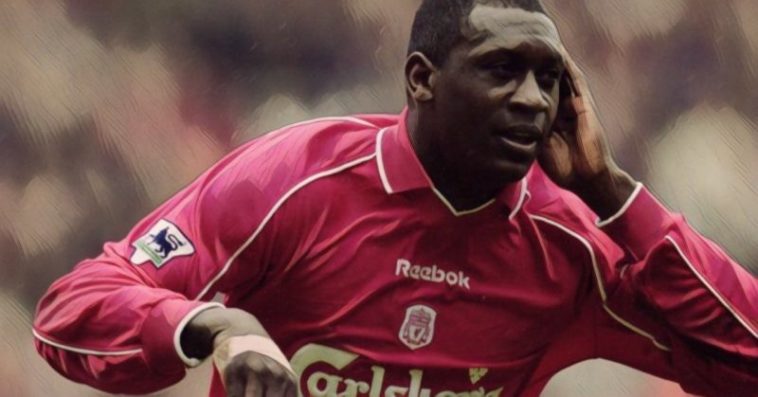 The Premier League has witnessed some fine creative talents throughout its history, but whilst the list of players to score a century of goals continues to burgeon, just three players have ever reached that fabled mark for assists.

Ryan Giggs, Cesc Fabregas and Wayne Rooney are the league’s only assist centurions and whilst the goal-providing achievements of that trio are well-documented, there are a series of players who have somewhat surprisingly provided assists with regularity throughout the years.

Here are five players you probably didn’t know made over 50 Premier League assists:

Jimmy Floyd Hasselbaink established himself as one of the finest finishers in English football either side of the turn of the millennium, the Dutchman scoring prolifically during spells at Leeds and Chelsea to twice win the Premier League’s Golden Boot award.

Hasselbaink reached a century of Premier League goals during a memorable four-year spell at Stamford Bridge, before later also enjoying short stints at Middlesbrough and Charlton.

So often the finisher of attacking moves, it may surprise that Hasselbaink registered 58 assists throughout his Premier League career, a tally higher than the likes of Eric Cantona and Paul Scholes.

That haul included finishing as the division’s joint-leading assist provider – alongside compatriot Dennis Bergkamp – during the 1998/99 campaign, an achievement that leaves Hasselbaink as one of just five players to have led the division in both goals and assists throughout his career.

Five of the best Dutch strikers in Premier League history

The list of the Premier League’s leading assist providers possesses a series of subtle playmaking talents, but there is more than one way to score a goal as Bolton battering-ram Kevin Davies will testify.

The unfashionable target man became a talismanic figure during a memorable period for the Trotters, helping the club secure European football for the first time and playing a pivotal role in the direct style of former Bolton boss Sam Allardyce.

Davies – who also had spells with the likes of Southampton and Blackburn – enjoyed the best period of his career in the North West, providing a constant handful for opposition defences and bringing teammates into play with his aerial ability.

Far from a prolific goalscorer, Davies’ hard-working nature and all-round contribution was rewarded with 55 Premier League assists and one senior cap for England.

Another physical forward who made his presence felt throughout a successful Premier League career, Heskey was often viewed as the ideal strike partner in a two-man forward line for club and country.

Michael Owen, in particular, benefited from the muscular frame of the former England international, the two forming a fine understanding as Heskey often unselfishly created space and chances for his prolific teammate.

Heskey – so often the punchline for misguided jibes from football fans during his career – may not be the first name that immediately springs to mind when revisiting the Premier League’s finest goal-providers, but a record of 53 assists outlines his class.

Add that impressive statistic to six major honours and over a century of top-flight goals, the former Leicester and Liverpool star was much more than the often maligned figure he somewhat became.

Five of the Premier League’s greatest ever strike partnerships

Steed Malbranque was a popular figure at a succession of Premier League clubs and made quite the impression in an exciting Fulham side under Jean Tigana and later Chris Coleman, but the midfielder’s presence amongst the Premier League’s most prolific creators is a notable surprise.

Eden Hazard, Juan Mata and Mesut Ozil are some of the celebrated foreign imports that trail in the wake of the diminutive Frenchman, who racked up 55 Premier League assists during spells at the Cottagers, Tottenham and Sunderland.

Malbranque spent a decade in English football’s top flight and made 336 appearances, forming part of the Spurs side which won the League Cup under Juande Ramos in 2008.

Leighton Baines’ ability from set-piece situations may be well recognised, but some may be surprised to see the Everton star’s list amongst the Premier League players to have registered 50 assists, given his position in the Merseyside club’s backline.

Baines has registered 53 league assists during his time in England’s top tier with Wigan and Everton, the highest tally of any defender in the division’s history.

No defender in #BPL history has more goals and assists than Leighton Baines. #OnThisDay in 2007, he did this…https://t.co/xUttnZVIvr

Baines previously held the record – alongside Andy Hinchcliffe – for most assists by a defender in a single season with 11, before being surpassed by Liverpool’s Trent Alexander-Arnold last season.