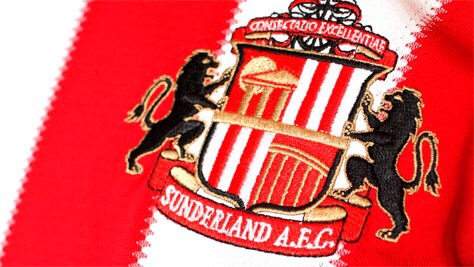 Sunderland kicked off their pre season on Friday in what was the first game of Simon Grayson’s tenure as Black Cats boss. We were at the first two games of the season.

In the first minute Lamine Konè could have been dismissed for a foul on James Vaughan after being caught in possession on the 25 yard mark. If this had been a league game it would’ve been a certain red card as centre half partner Papy Djilobodji was never getting back.

Sunderland went 1-0 down early on with a well taken shot by Andrew Tutte which left Italian goalkeeper Vito Mannone no chance. Zeli Ismail rolled his chance just wide after beating Papy Djilobodji. Not long after that on 27 minutes Callum Reilly doubled the Shakers’ lead with another well taken shot past Mannone, who was once again failed by his defen

Djilobodji was booked and some would argue that he should’ve been booked again just before half time. Jack Rodwell pulled Sunderland back into the game when he flicked on a George Honeyman corner with his boot and beating former Sunderland keeper Joe Murphy.

The second half would see a full side eventually changed by 55 minutes. After an impressive first half from Rees Greenwood he was subbed off at half time to rest. England Under 18s striker Josh Maja came on, thus being the first striker on the pitch in a Sunderland shirt.

Sunderland pulled back level when Wahbi Khazri broke through the Bury defence with a tremendous run, he was pushed wide but looked up brilliantly to play a delightful ball across the area to find Josh Maja who squared it up. Two minutes from time, Maja was unmarked at the back post to bring down the ball brilliantly and volley past Murphy. This gave the Lads a 3-2 win in their first pre-season match.

Sunderland travelled to Edinburgh two days after defeating Bury in Greater Manchester, with 1,000 fans travelling north of the border to Easter Road, home of Scottish Championship winners Hibernian. The game was a testimonial for Hibs legend Lewis Stevenson and Grayson gave starts for Josh Maja and Wahbi Khazri who both impressed at Gigg Lane.

Sunderland started the game better and had chances, but none which were golden opportunities. Vito Mannone was tested early on by an unimpressive Hibs team, but nothing came of it.

Billy Jones’ run shortly before half time down the left took the Birmingham born full back to the byline, he crossed the ball to pick out Tunisian Wahbi Khazri, who struck a volley into the bottom corner.

The second half saw substitute Jeremain Lens double the Mackems’ lead, the Dutchman who said “I hope Sunderland get relegated”, surprisingly wore the shirt again and even bagged a goal. A brilliant heel flick by youngster Rees Greenwood found the winger who finished first time past Ofir Marciano.

Not long after this, Lee Cattermole, who isn’t renowned for scoring, rattled the woodwork, which got Sunderland fans off their seats. His rebound shot however, sailed into the upper tier of the South Stand.

Just before the 70 minute mark Hibs forward Martin Boyle ran through and hit a shot towards Mika’s goal, what should’ve been a routine save for him; he let it squirm through his gloves and blunder it into his net.

Just after this Simon Murray pulled it level finishing from close range. Poor defending down the left saw David Gray stride down the wing and smash the ball across the six yard area for Murray’s finish, in all honesty Mika should’ve done better. A brilliant tackle by returning right back Adam Matthews denied the Leith side a winner, not long after the Hibees could’ve won it again but the Portuguese goalie had his crossbar to thank for preventing an embarrassment for his defence.

Lewis Stevenson’s testimonial ended 2-2, some Sunderland fans will look at this as fitness building, some will see it as a disappointment for those who travel to watch the black cats home and away and pay good money to do so.