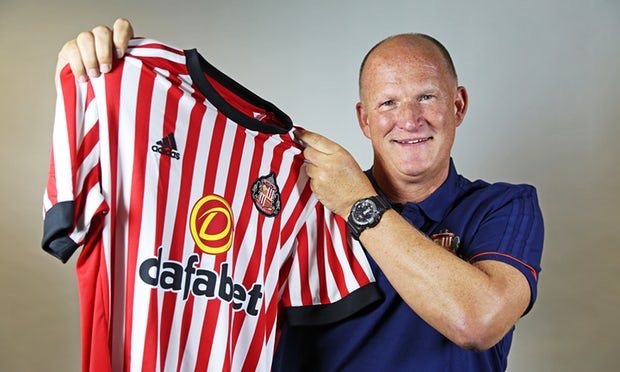 Yesterday it was confirmed that Sunderland officially appointed Simon Grayson as the club’s new manager.

Sunderland officially confirmed the appointment of manager Simon Grayson yesterday evening. After being granted permission to enter talks with the club, Grayson was appointed manager shortly after.

Following the resignation of David Moyes, Sunderland were left searching for a new manager. After suffering relegation to the Championship last season, Grayson shall have a big job on his hands. The former Leeds United manager shall look to restore stability to the club next season.

Grayson was reported to have also signed a three-year contract with the north-east club.

Additionally Preston North End also confirmed that both clubs had agreed upon a compensation package. It is believed to be within the region of £750,000.

Now with a new manager in charge at the Stadium of Light, there shall be room for improvement for the Black Cats in the forthcoming summer transfer window. Furthermore this shall be helped by the hand of Grayson himself, who shall undoubtedly be looking to bring in new faces.

Sunderland fans: Are you pleased with this appointment? Will Simon Grayson restore parity next season? Let us know your thoughts.