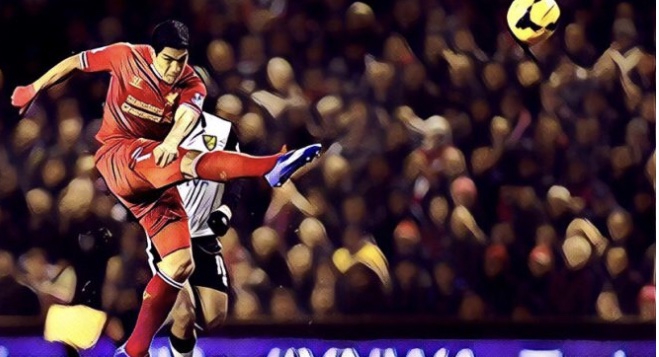 Luis Suarez says winning the title with Liverpool in 2013/14 would have been a ‘bigger achievement’ than if the current squad are crowned champions this season.

Barcelona star Suarez was part of the last Liverpool side to seriously challenge for the title five seasons ago, with Brendan Rodgers side narrowly missing out to Manchester City.

The current squad are embroiled in a tight title race, with City again the rival contenders, and Suarez says he understands the hope and excitement around the club as they look to end a 29-year wait for a league title.

Just a point currently separates Liverpool from league leaders City, however, Suarez says it would have been a bigger achievement had his squad broke the club’s title drought due to the heavy investment in the Jurgen Klopp’s squad.

“I understand what they are going through and it can’t be easy,” Suarez told the Daily Mail.

“But with us I think it was different because it was: ‘Now or never’. When I was there, it was very different. We were very close to the Premier League (title) with a squad that was not nearly so good.

“They didn’t spend as much as they do now. All players would like to go to Liverpool today, it was different then. If we had won the league, I think it would have been an even bigger achievement than if this team did.”

Suarez will come face to face with his former side on Wednesday, when Barcelona host Liverpool in the Champions League semi-final.