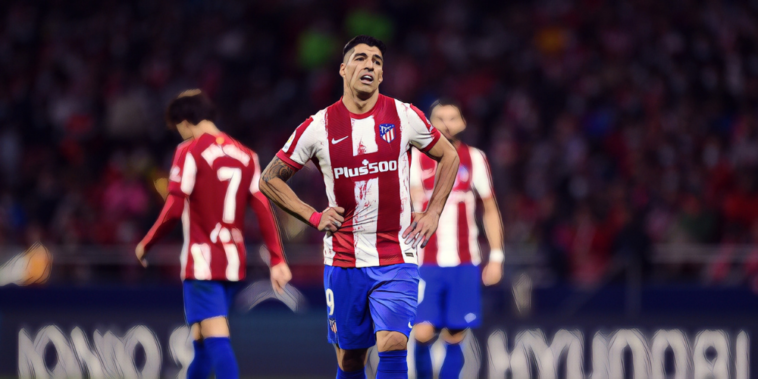 Luis Suarez has analysed Atletico Madrid’s loss to Liverpool and discussed how the Spanish champions can exploit the Reds’ ‘weaknesses’ at Anfield.

Atletico travel to Merseyside to face Liverpool in the Champions League group stages on Wednesday evening, two weeks after the reverse fixture ended in an entertaining 3-2 win for Jurgen Klopp’s side at the Wanda Metropolitano.

The game saw Atletico fight back from two goals down to level, only for Antoine Griezmann’s red card to swing the momentum back in Liverpool’s favour with Mohamed Salah’s late penalty sealing three points for the visitors.

Suarez has discussed the loss to his former side and admits the ‘smallest of mistakes’ can be punished by sides at this level, insisting his side must be concentrated from the first whistle to secure a positive result at Anfield this week.

“If from the first until the last whistle you don’t play with conviction, with personality and desire to win, if you get distracted in a Champions League game, you pay for it. I think that’s what happened against Liverpool. We started very well, but they are strong and intelligent and very experienced, and they were ahead in the first 20 to 25 minutes, until we got back in the game.

“I think in the second half, after Antoine Griezmann was sent off, we were a bit down because we had one man less, but we kept playing to the same standard. The pace was very high, and they started to attack a little bit more until the penalty.“

Suarez insisted that his side see weaknesses that can be exploited in the Liverpool team, but warned Atletico face an ‘extra player’ as the Spaniards prepare to face a capacity crowd at Anfield.

“Of course, every team has its strengths and weaknesses,” he said. “We know how good Liverpool are on the counterattack when they get the ball up to their pacy attackers.

“We know they have some weaknesses we could exploit in our favour and we should exploit them again in the next game. We have to pay attention because, besides using those strengths, they have an extra player, which is the Anfield crowd, and that makes things harder for us.“