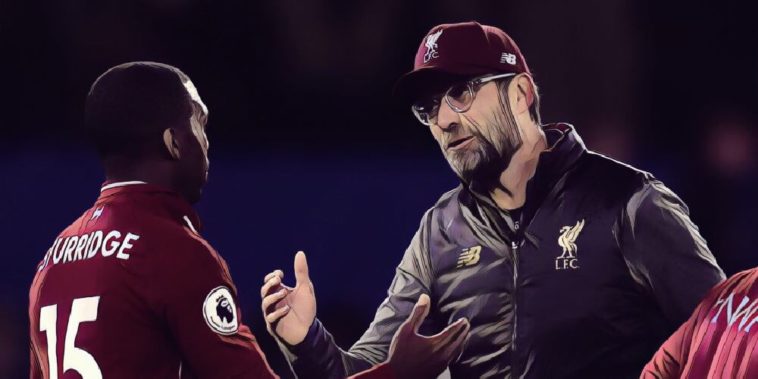 Daniel Sturridge has been discussing how he is no longer playing as an out and out number nine under Jurgen Klopp for Liverpool, but rather in a number 10 role.

The former Chelsea and Man City striker was widely expected to leave Anfield this summer after a frustrating few seasons under Klopp, with the 28-year-old struggling badly for both form and fitness.

However, Sturridge is enjoying something of a renaissance this season as an impact sub. Not for the first time this campaign he came off the bench to score against Chelsea last weekend, a goal of sublime quality that has seen him race to the top of the goals to minutes charts in the Premier League.

England international Sturridge has always been renowned as an out and out goalscorer, but as he has explained he is now operating in a slightly different role for Klopp’s Reds.

“The position I’m playing now isn’t the old position I was playing. In the past, I’ve been a No.9 making runs behind, whereas now it’s more a No.10 than it was,” Sturridge told liverpoolfc.com.

“You’re probably a little bit deeper and working hard. The runs you probably would have made in behind you are now doing in the midfield area, getting on the ball and things like that.

“We have wingers who make the runs in behind and they act as second strikers in effect, and the No.9 is now kind of a nine-and-a-half or 10 more than a No.9. Your role is just different but I enjoy it. I’ve always felt I could play a position like that.”