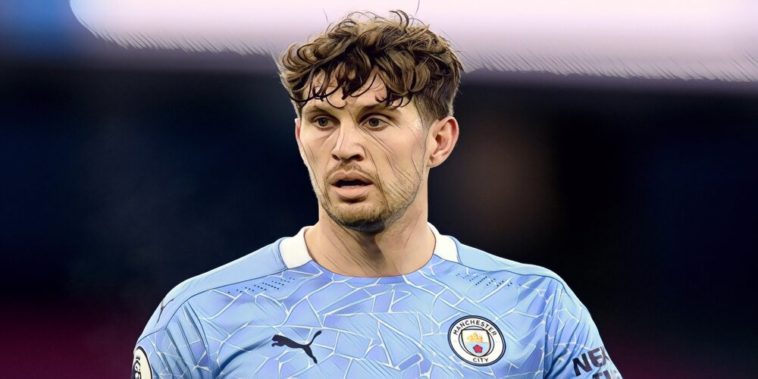 John Stones is set to be handed a new contract at Manchester City following the defender’s impressive improvement in form for the club this season.

Stones was linked with a move away from the Etihad during the summer after falling down the pecking order, the arrivals of Ruben Dias and Nathan Ake seemingly leaving the England international as fifth-choice centre-back heading into the new season.

The 26-year-old has since forced his way back into Pep Guardiola’s side and his performances have coincided with an upturn in Man City‘s defensive fortunes, keeping eight clean sheets in his 10 appearances so far this season.

Stones fine form has raised hopes he can return to the England side with the defender having not featured at international level for more than a year, whilst the Telegraph are reporting that City are now keen to reward the player with a new deal.

The centre-back has just 18 months remaining on his current deal and talks are set to begin over an extension, with the club keen to secure the future of a player who has partnered club-record signing Dias in four of the past five league fixtures – keeping a clean sheet on each occasion.

City are expected to lose Eric Garcia, potentially in January, with the teenager having entered the final months of his contract and keen on a return to Spain. Barcelona are interested in resigning a player who first came through the academy ranks at the Camp Nou.