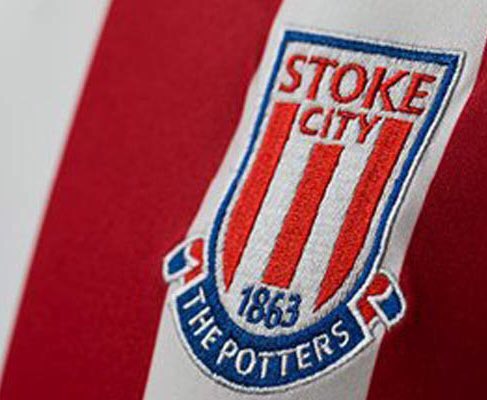 Here’s a look at how Stoke City are one of English footballs sleeping giants.

Formed in 1863, Stoke City football club has been deeply rooted into the heart of English football. I myself only became a part of this club in 2004, at the age of just 5 when my Dad took me to a cup game. I remember being mesmerised by the absolutely electric atmosphere.

In spite of youth in comparison to the club, I constantly find myself looking into the clubs rich history. From our foundation as the Stoke Ramblers in 1863, to our League Cup success in 1972 and not forgetting our two (formerly named) Autoglass trophies in 91/92 and 99/00 respectively.

However, in my living memory the club has spent the majority of its time in the Premier League, but as I’m always reminded by my dad, on occasions we’ve been on the receiving end of a battering: “It’s better than being in league 1 son.”

Whilst I can’t disagree with my dad on that one I feel our ambitions should continue to grow. However, this growth must be realistic. As much as I’d love to see my club replicate the unfeasible heights Leicester have recently managed, I feel my expectations of steady improvement is more than reasonable.

We have a good foundation for success as the club is very well run by the Coates family, and I feel some supporters aren’t aware of how lucky we are to have them, as opposed to examples such as Cardiff’s menacing owner Vincent Tan and Leeds’ Massimo Cellino.

In more recent times, this prestigious club has managed to take up something of an evolution under current manager Mark Hughes.

Gone are the days when Stoke were rightly labelled as a ‘long ball’ and ‘physical’ team. The current crop is now very much weighted towards playing a more intricate style, with schemers such as Xherdan Shaqiri, Marko Arnautovic and Joe Allen to name but a few. However, some of the old guard such as Glenn Whelan and Ryan Shawcross have remained, epitomising my point that this is indeed an evolution of styles, not a complete revolution.

As a season ticket holder I have borne witness to this evolution over the past few years, with a now stark contrast between our previous ‘Pulis-ball’ and our more modern ‘Stokealona’ approach. Whilst some fans may argue our atmosphere at the newly named ‘Bet 365 stadium’ isn’t what it was under the reign of Pulis, the football and results we are watching are much more enjoyable, with performances such as the 6-1 rout of Liverpool and the 2-0 (and convincing) victory over Manchester city being prime examples of wins that simply would not have been possible in the Pulis era.

The 16/17 season so far has been a very turbulent one, with the opening weeks perhaps portraying us as relegation candidates, the club since picked itself back up the table, only for us fans to then see us knocked out of both cups by Hull and Wolves respectively.

The disappointing campaign of individuals such as Bojan, Imbula and Bony have left many fans questioning the effectiveness of our new passing game, but the emergence of strong talents such as Martins-Indi, Grant and Allen have saved the squad in many a game this season.

At times we have looked almost unplayable at home, such as our 2-0 win against Burnley in which we enjoyed long spells of possession and opened their defence at will. But unfortunately we have also come unstuck by primarily counter-attacking sides such as Crystal Palace who swept us away by 4 goals to 1 at Selhurst Park earlier in the season.

I personally believe these starkly contrasting results have stemmed from an inconsistent starting XI this season in which we have played with various systems such as a 4-2-3-1 and even a 3-4-3 for most of the Christmas period. This becomes apparent in games we ‘should’ be dominating as sometimes when on the ball our players appeared lost for options and our movement of the ball becomes unbearably slow.

Overall, I feel very much like this club should be the archetype not only for Premier League survival, but safe, steady progression. We may be owed a few more big occasions as fans (a cup final or two would be nice) but on the whole we are very content with the standard of football we have been watching and know with this continued evolution, the big occasions will be coming to Staffordshire soon.

We may not be in the eye of the mainstream media very often, but Stoke City football club is going about its business, quietly improving each year and has the potential to one day become one of English football’s all-time great clubs.

This article was written by our Guest Writer, Jacob Foxley (@foxleyjacob)

Poorly Written, also Stoke are a shit team. Sheffield United are the only true red and white club.

Tragic if you actually believe that pal