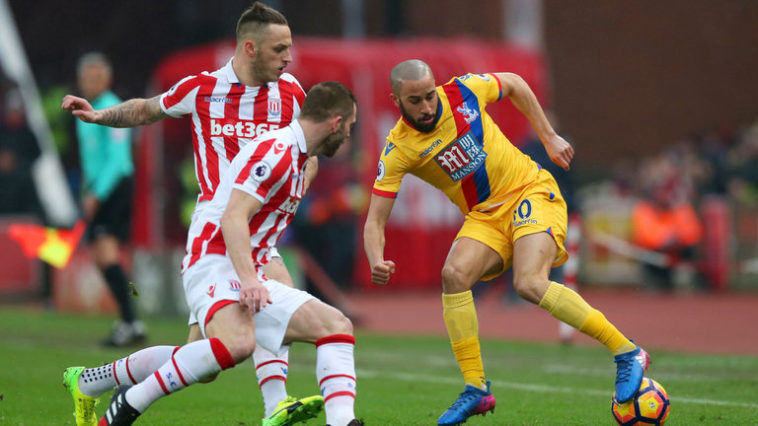 Crystal Palace remain in the relegation zone after Joe Allen’s goal propelled Stoke into the top half of the table.

Despite conceding four first half goal last weekend against Sunderland, Stoke had to wait until the 67th minute to break the deadlock.

The game saw changes from both sides to their starting line ups. Palace changing to a 4-5-1 formation with Scott Dann out injured and January signing Luka Milivojevic winning his first start for the club. Also, there was a rare start for Andros Townsend. Stoke welcomed back Ramadan Sobhi from the African Cup of Nations and his presence was one of the deciding factors in winning this game.

In a first half that had few chances, the best fell to Joe Allen. Sobri great run down the left side found Allen unmarked at the far post. However, the cross was too high for the Welsh international and sailed over.

From a Stoke corner, Bruno Martins Indi had a header cleared off the line by Townsend.

Palace’s best chance came from James McArthur. Great build up play down the left wing from McArthur, Milivojevic and Townsend, found McArthur inside the 6 yard box but his header went wide of the left post.

Stoke struggled at the beginning of the second half to get through Palace’s stern defence. Then, Marko Arnautovic’s lofted through ball found Sobhi at the edge of the penalty area. Sobhi showed great physicality to shrug off Palace defenders to then fine Allen who calmly slotted the ball past Wayne Hennessey in the Palace goal. 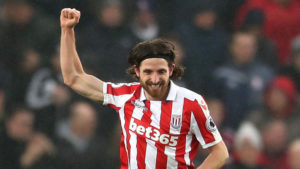 For the remainder of the match there was few chances. Palace brought on Jeffrey Schlupp, Yohan Cabaye and Loic Remy in hope of finding an equaliser. Stoke managed to hold off the pressure and the match finished 1-0 meaning they leapfrogged West Ham and Watford to go into the top 10.

Joe Allen – Great composure to score the winning goal. Having his best goal scoring tally in his career having scored 6 already this season and really looking like he is enjoying his football again.