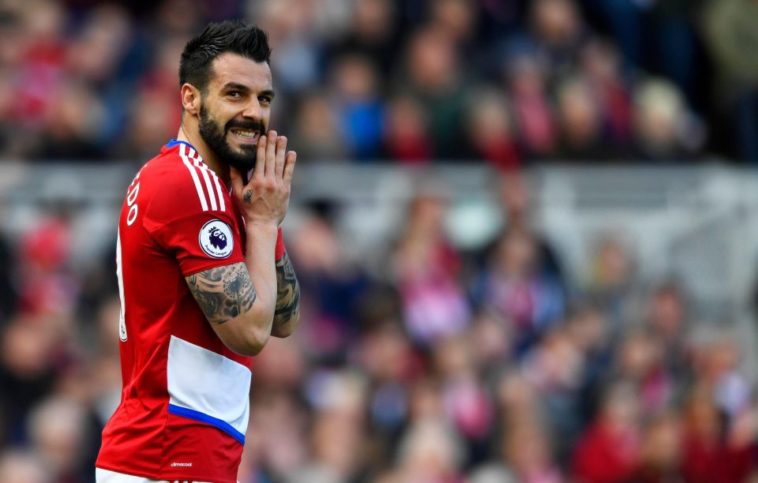 With six games remaining and six points from safety things are looking increasingly bleak on the Middlesbrough front. Is this time to dream of the great escape, or time to resign ourselves to reality?

The Boro currently occupy 19th position and barring at this stage a minor miracle it looks as if they’ll be making an immediate return to the Championship, not something that was widely anticipated by Boro fans when the season kicked off in August.

In a straight fight for that 17th spot Boro are now rank outsiders to come out on top over Hull and Swansea, assuming we can now consider Sunderland out of it, already consigned to relegation you’d think.

However, Sunderland do offer up some inspiration in circumstances like these, themselves being involved in recent escapes from the Premier League trap door.

Harry Houdini himself would sit back and applaud you’d feel – quite frankly The Black Cats have performed wonders in years gone by. Most notably under Gus Poyet, when a final flourish of 13 points from a possible 15 saw them safe, with inexplicable wins away at Chelsea and Man United, as well as a creditable draw at Man City.

All that was on the back of some woeful form, so could this offer up some hope to fans of a Middlesbrough persuasion?

The feeling is that this season will finally see Sunderland drop, their time and luck running out. But for Middlesbrough, they find themselves in a similar set of circumstances. Sunderland had 5 games remaining, Middlesbrough has 6, but the points from safety total stand the same.

Six points adrift, a similar blend of daunting fixtures await with trips to Chelsea and Liverpool (their last game of the season) to come, as well as a home game against Manchester City.

It’s hard to see where the points are coming from. But like their North East neighbours did before them, can Boro pull off the kind of results needed in those games to give them a chance?

Now, some Boro fans have already thrown in the towel, already planning for next season’s trips to Villa Park and the like. The idea that they’re going to get out of the current situation for some is just too far-fetched, that by thinking they can is just prolonging the agony.

I’ve been quite positive this season about Boro’s chances, I felt Aitor Karanka would keep Boro up. Now there’s nothing to suggest that had he stayed they’d be any better off, but once Steve Agnew was appointed his successor I could sense the confidence drain from supporters.

Perhaps very harsh on Agnew, a likeable chap who clearly has the clubs interest close to his heart, but the lack of an experienced head as No.1 in a time like this hasn’t filled me, or most fans with any great confidence.

The lines trotted out by Agnew and the players, the sort that go along the usual clichéd route of ‘we’ll fight to the end’, ‘we’re not out of it until it’s mathematically impossible’, are all said in good faith of course. You wouldn’t want your manager and players openly accepting defeat and telling you they’ve jacked it in.

Whilst some fans are taking that approach, they’ll still cheer on the lads and do their best to generate a performance from the players, and in turn they expect the players to give it their all until the season reaches its conclusion at Anfield.

That said though, despite welcoming positive comments from Boro’s players and management, midfield man Adam Clayton perhaps took the positive spin thing a little too far.

Clayton said: “If you asked the other teams ‘Are Middlesbrough one of the three worst teams in the league?’, I don’t suppose many would say we are.

“We’ve played against teams and we have been in most games and have been pipped by that extra bit of quality that we need to have.

Those comments have caused a bit of a stir among Boro fans, as well as fans from around the country.

The idea that Middlesbrough aren’t one of the three worst teams in the Premier League this season is pure fantasy. He rightly points out that Boro have seemingly been in most games this season, no doubt pointing to the fact they’ve rarely been soundly beaten.

But I say seemingly, because a scoreline only tells you so much.

You could argue that The Teessiders have barely been in with a chance of winning some of those games, simply down to the fact they offered such little threat going forward.

Tottenham away is a prime example. They lost 1-0, which looks tight, but in reality it was anything but. On another day Spurs would’ve been walking away with not only three points but also a hatful of goals to boot. It just so happens that Boro defended, and defended well.

The idea that Boro have been unlucky in those sorts of games this season simply doesn’t ring true.

The same could be said for the defeats at Crystal Palace, Southampton and Burnley, all by one goal margins. Stalemates against Watford and West Brom too can also be thrown into the mix. All tight, but yet they’re all games where Boro rarely looked like troubling the oppositions defence.

The sad fact is those games represented some of their best chances to gain some vital points, but other than the aforementioned draws they had nothing to show for their efforts.

I get it though, honestly. Players are hardly going to tell anyone who wants to listen that they’re rubbish and that there’s no hope, but sometimes it can be felt that fans are being paid lip service.

Just tell the fans how it is, tell them it’s been poor and that they’ve been nowhere near good enough. Don’t tell them that you’ve been unlucky in games and that it’s going to come together.

So far it hasn’t proved to be the case, yet you’ve been telling us it will all season, change the record!

I digress. Basically, despite never embarrassing themselves particularly, they’re in a perilous position with a lack of goals and more importantly, wins.

Time is fast running out; however the sand in the egg timer hasn’t quite finished falling to the bottom just yet.

Let’s go back to the possibility of Middlesbrough miraculously getting out of it, Sunderland style. Let’s for a moment dare to dream and join Adam Clayton in some positive vibes.

Should Boro win away at Bournemouth on Saturday and then go on to beat their doomed rivals from up the road the following Tuesday, their game in hand over the teams above, that would leave them on 30 points with 4 games remaining. Assuming Swansea and Hull have both lost on Saturday, Middlesbrough would find themselves out of the bottom 3 on goal difference.

Ah, goal difference, that trusty cushion they have. Earlier this season I, among others, were extolling the virtues of Boro having such a healthy looking total in the ‘GD’ column. It was said it could come in handy towards the end of the season, might even be their saviour, and in current circumstances that might well need to be the case.

Could Karanka keep Boro up after all

Karanka’s much maligned approach to games might be well have been to their detriment it seems, but it in all fairness it has given them one of the best defensive records in the league. An anomaly really given where they currently find themselves.

It’s not beyond the realms of possibility then that Middlesbrough could find a way out of it, despite the unlikely nature of such an event.

For that to happen though they’ve got to take the game to Bournemouth on Saturday, against a team who very rarely fail to score on their own patch.

Should The Cherries bag a couple of goals it’s hard to imagine Boro matching that, let alone bettering it. Without that elusive win it’ll no longer be them fearing the worst, it’ll mean them facing up to it.

Until then though they’re still in with a chance, a slim one, but it’s a chance all the same. It only takes one lucky result and things can change quickly, something we’ve seen in those Sunderland escapes in past seasons.

Considering the Premier League’s history for throwing up some crazy results, you cannot rule out Middlesbrough right now, not until the dreaded ‘R’ appears alongside their name in the standings at least.

However, for some that ‘R’ would represent relief, an opportunity for them to mourn what has been a hugely disappointing campaign.

Until that day the eternal optimists will live in hope, but after all, it’s the hope that kills you.

Do you think Middlesbrough can do the unthinkable and avoid the drop, or are they destined for Championship football? Leave us a comment.