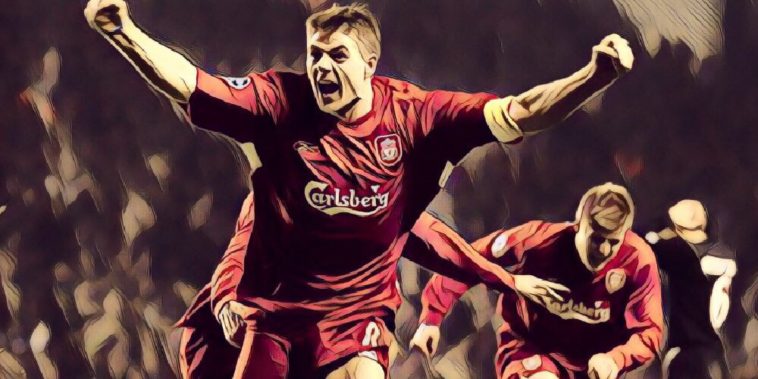 Steven Gerrard is one of the most accomplished players in the Premier League era.

The Liverpool legend was so close to becoming a member of that exclusive club, whose membership rate is decreasing all the time in football.

But Gerrard wasn’t ready to quit doing what he loved doing, and so he went off to Los Angeles for one more year of football with the Galaxy, foregoing the title of One Club Man.

The difficulty of that decision for the former England international shouldn’t be underestimated; this was a player who on several occasions could have had his pick of teams in Europe to join, who changed his mind at the last minute not to move to Chelsea, but never left Liverpool, such was the depth of his love for the club and the city.

So, after 710 appearances and 186 goals for the Reds he headed for the States, but not before earning the respect of everyone in the game.

Although it’s difficult to envisage Gerrard having had as successful a career in either La Liga or Serie A, he was an immense presence in the Premier League and European football, and the plaudits he has received over the years prove that.

Watch our video of the best quotes on Rangers manager Steven Gerrard: