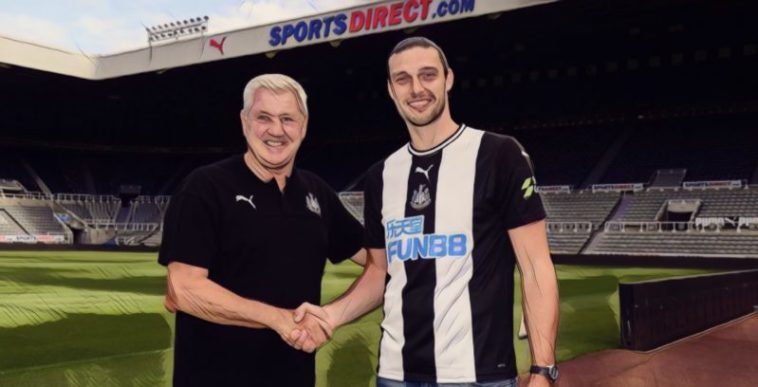 Andy Carroll could be set for his second Newcastle debut this weekend, and Steve Bruce certainly seems excited about it.

The Newcastle United academy product returned to St. James Park in the summer, joining on a free transfer following the expiry of his contract at West Ham.

Carroll left the North East club back in 2011, joining Liverpool for £35 million as a replacement for Fernando Torres, though his career has been dogged by injuries, making just 170 Premier League appearances since his Newcastle departure eight-and-a-half years ago.

However, the Magpies new number seven could be set to finally pull on the Black and White stripes once again this weekend against Brighton… provided he doesn’t get injured in the final training session.

“At the top end of the pitch, him and Allan Saint-Maximin as well, we have been a little bit short – and Dwight Gayle is another one – so we have had limited options up top, but certainly the return of Andy and Allan give us something which obviously can only benefit us.”

Speaking more about Carroll, Bruce was full of praise for the 30-year-old’s quality.

“We all know that if Andy stays fit then he’s a wonderful, wonderful centre forward; certainly of his type I don’t think there’s been anybody better in the last 8-10 years when he’s been playing.

“A fit Andy Carroll is going to be huge and great for us going forward.”