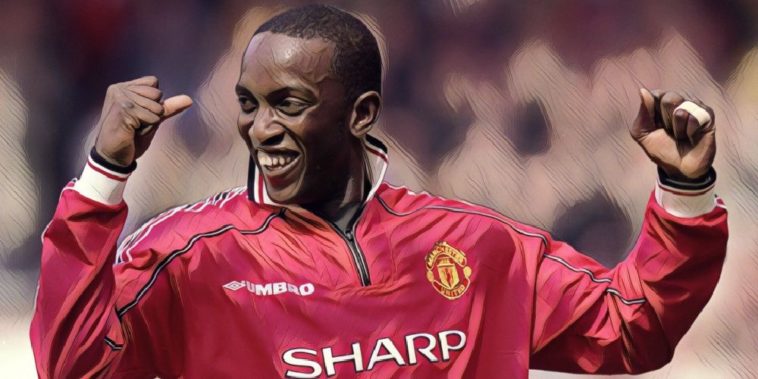 Raheem Sterling has questioned the lack of black managers within football, as Dwight Yorke admits he ‘still can’t get an interview’ in his struggle to move into management.

Anti-racism protests have taken place across the world this week following the death of American George Floyd at the hands of US police in May, with various issues regarding discrimination and a lack of equality having come to the forefront.

Football – like much of society – has plenty to do to eradicate racism from within its circles following a number of high-profile incidents, and a lack of equal opportunities for BAME managers and coaches has long been an issue within the sport.

Former Manchester United and Aston Villa forward Dwight Yorke has now revealed his own difficulties in receiving an opportunity within the game, despite having received the recommendation of legendary former boss Sir Alex Ferguson.

“It’s a fact that Sir Alex Ferguson, who’s been tremendous and like a father figure – I’ve always said and to this day remains – when I applied for the Villa job, I went into his office and told him exactly what I was trying to do,” Yorke told beIN Sports.

“He gave me some experience, he told me what I needed to do and I picked his brain. At the same time, he picked the phone up and rang [Aston] Villa for me to give his recommendation.

Yorke added that he believes white former players are given a ‘platform’ that their BAME counterparts are not, and pointed to the lack of black, Asian and ethnic minority coaches currently working within the Premier League.

“You have seen, on the other hand, white players given that platform with very little experience, straight into management,” added the three-time Premier League winner.

“Yet we haven’t seen a black manager in the Premier League. I would go as far as to say look at the backroom staff. There’s probably not even a black person in backroom staff as well. There is a serious issue here.

“I’m going to fight this all the way. I’m still very hopeful.”

Yorke’s sentiments follow up on comments made by Manchester City star Sterling, who cited the examples of former England internationals Steven Gerrard and Frank Lampard as evidence that white ex-players are handed greater opportunities in management to their black counterparts.

"There's only so much people can take… people are tired"

Manchester City forward Raheem Sterling backs anti-racism protests taking place across the UK, telling #Newsnight: "The only disease right now is the racism that we are fighting"https://t.co/iLUiICNGiB pic.twitter.com/uKcyioYmYh

“I always refer back to football, the coaching staff you see around clubs. I’ll give a perfect one. There’s Steven Gerrard, your Frank Lampards, you have your Sol Campbells and you have your Ashley Coles,” Sterling told the BBC.

“All had great careers, all played for England. At the same time, they’ve all respectfully done their coaching badges to coach at the highest level and the two that haven’t been given the right opportunities are the two black former players.”

Herrera opens up on working with Jose Mourinho, Solskjaer and his Man Utd exit