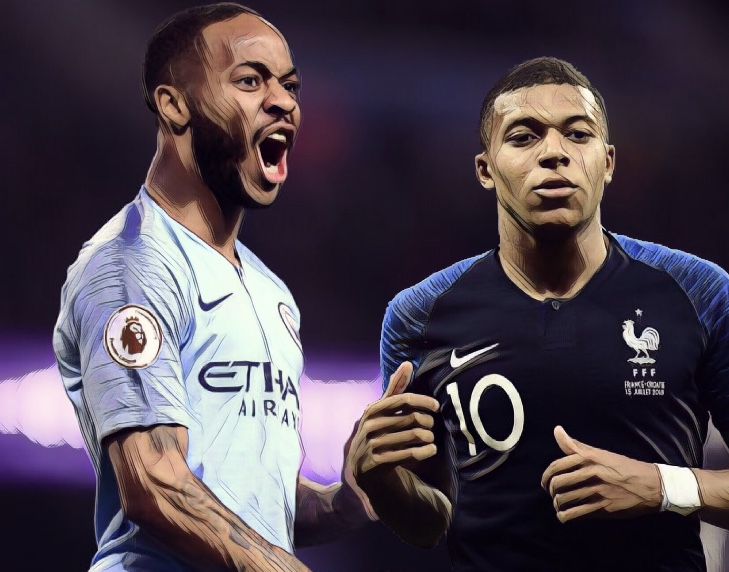 Manchester City have dominated the Premier League in recent seasons, winning three of the last six titles, including the last two, with Pep Guardiola’s side amassing an incredible 198 points since the start of the 2017/18 campaign.

One man who has been influential for the Citizens has been Raheem Sterling, who has netted 35 goals and provided 21 assists in the English top flight over the last two campaigns, and the England international was asked if the Premier League champions could beat current World Champions, France.

“Yeah. If we played France, we could beat them,” he told GQ magazine.

Asked if he could explain the difference in quality between the two sides, Sterling put it down to the amount of time that club side’s work together, as opposed to the limited time players spend with their respective international sides.

“In the national team you’re there seven to eight days. You still have top players, but you don’t get the same time with the manager.

“If I was with England every day it would be different and I think the team would play better. If you’re there for ten days, you train four or five of those days and you’re recovering two to three of them.

City go into the 2019/20 campaign looking to become only the second team to win the Premier League in three consecutive seasons, with Manchester United the only other side to have done it on two separate occasions, 1999-2001 and 2007-2009.