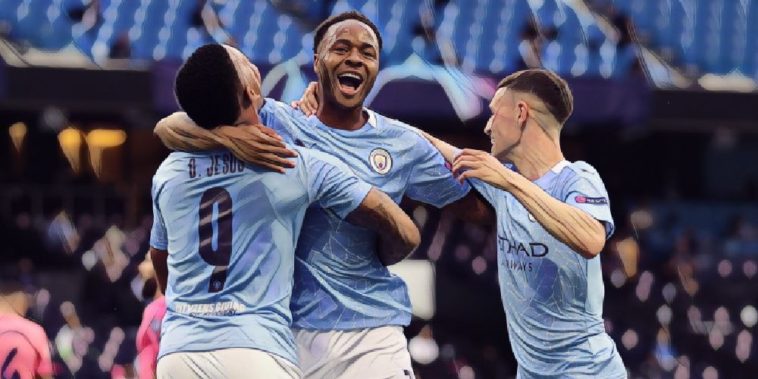 Raheem Sterling has highlighted Manchester City’s ‘energy and fight’ against Real Madrid and says his side are ‘ready’ in their pursuit of a maiden Champions League title.

Pep Guardiola’s side secured their passage to the quarter-finals with a 4-2 aggregate victory over 13-time winners Real Madrid in the last-16, with the club drawn to face Lyon – shock victors over Italian champions Juventus – in the last eight this weekend.

City have failed to progress beyond the quarter-finals since Guardiola’s arrival at the club four years ago, but will be in confident mood ahead of their meeting with Lyon in a reformatted latter stages.

The rescheduling of the footballing calendar has seen the Champions League quarter-finals and semi-finals change to one-legged encounters, with either Barcelona or Bayern Munich awaiting in the last four, with all of the fixtures to take place in Lisbon.

Sterling has praised his side’s ‘hungry’ display in eliminating Madrid in the last round, before insisting his side must play with the same ‘energy and fight’ as they bid to be crowned champions of Europe for the very first time this season.

“I think the mentality since we got back in – day one after lockdown – has been how much we want this. We’ve got the energy to progress in this competition. Energy and fight – we showed that against Madrid throughout the game.

“The most important thing is to run and give 100 per cent for every minute we are in the competition.

“It’s a new format and it’s one we are ready for. All we can do now is go over there and run our socks off. That will make the difference and decide whether we progress or not.”

See also – Ranking every member of the Champions League ‘100’ club