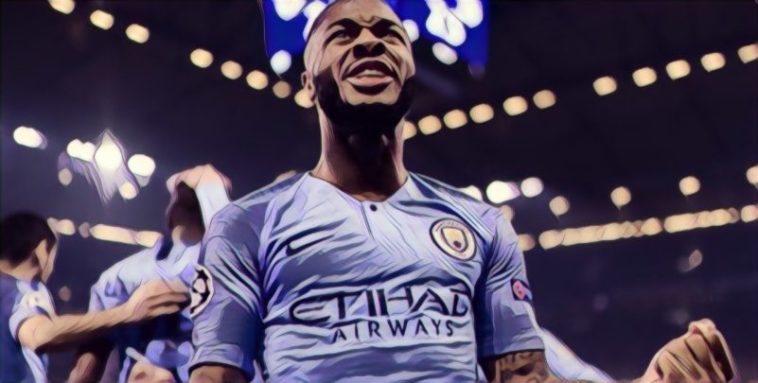 The England international was recalling his upbringing close to Wembley stadium, where he will turn out for City in this weekend’s FA Cup final against Watford.

The 24-year-old spoke of attending the 2007 final between Manchester United and Chelsea, when pupils were given free tickets from his school as a reward for excelling at sport.

Earlier this season, Sterling repaid the gesture by buying 550 tickets for students from his old school for City’s semi-final win over Brighton, having not forgotten his north-west London roots.

Despite living in such close proximity to the national stadium, that final was Sterling’s first visit to Wembley and the winger confesses he was an avid supporter of City’s rivals United as a youngster.

“I was at the final in 2007. I shouldn’t really say this — not now, definitely not now! — but when I was young I was a massive United fan,” Sterling admitted in an interview with the Mirror. “I had an old United kit, from when they won the last FA Cup.

“To be in the stadium… it was incredible. It was unbelievable and that was when I tried to give the tickets to the school. That was motivated by that — being so close to the stadium and not going there more than once.

“If two or three of the kids could be inspired, then that’s all I was trying to do. Purely, that’s how I felt at the time. If there was a kid who had a chance of being a footballer, hopefully that will give them motivation or inspiration to change their dreams.”